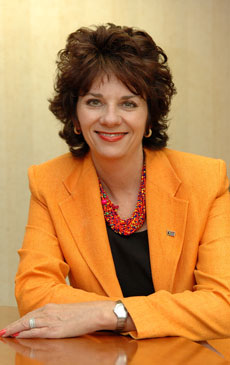 Pivotal to the success of the work of the IMC is the realization of its mission as this will help the country deal with its socio-economic issues.

The IMC has been in existence since 2000 and in her five years at the helm of the organisation, Yvonne is credited with raising the profile of Brand South Africa to the point where it was voted amongst the Top 5 Hot Brands for 2004 by Intelligence Total Business (formerly Business 2.0), an authoritative publication which offers information on next generation business trends, processes and insights.

Another highlight was being selected as one of five finalists for the 2005 Business Woman of the Year.

She is a widely respected as a leading communications strategist and has played a major role in the training and teaching of strategic media skills in the industry and is a much sought-after public speaker locally and abroad on Brands, as well as the current mood of our nation.

Previously, she has worked in the Advertising and Marketing industry in a career spanning over 20 years as a Media Director of leading ad agencies.

For 5 years she was Group Media Director of Ogilvy and Mather. This was followed by a stint in marketing, including running her own marketing consultancy, Refreshing Marketing, specializing in experiential marketing and Marketing to Women.

She currently sits on the boards of SA Tourism, The African Hall of Fame and The Valued Citizens.