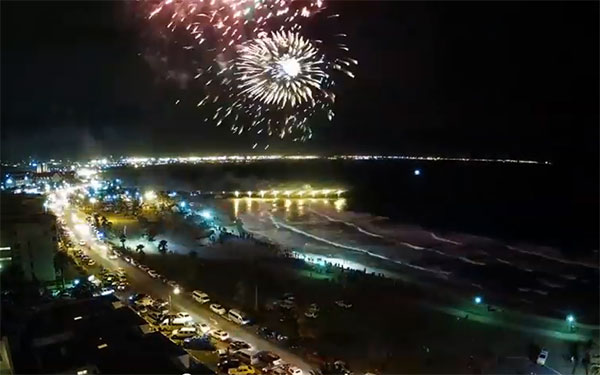 A screen grab from the video showing the fireworks display just after midnight on New Year’s Eve.

South Africa’s sunny coastal cities have a longstanding and fun tradition to usher in each new year: fireworks over the ocean on New Year’s Eve, and then everyone – but everyone – flocks to the beach on New Year’s Day.

YouTube user Chris Wright captured all of this at the Port Elizabeth beachfront in Nelson Mandela Bay in a timelapse video condensing the festivities from 31 December 2014 to 2 January 2015 into just one minute and 45 seconds.