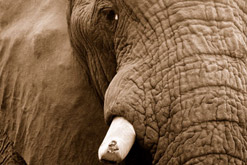 The process for establishing a single visa for visitors to the Southern African Development Community (SADC) member states is about to be expedited. Once the visa, known as the Univisa, is in force, tourists will find it much easier to move between the associated countries.

This was decided at the recent inter-ministerial SADC conference held in Angola in March 2008, and it is expected that tourism will receive a major boost because of the simplification of the visa application process.

South Africa’s representative at the conference, Deputy Minister for Environmental Affairs and Tourism, Rejoice Mabudafhasi, explained that according to statistics on foreign visitors, SADC countries are a preferred destination for tourists. “Noting this encouraging development, the inter-ministerial committee representing SADC member states is currently exploring further avenues such as the Univisa to optimise tourism income.”

The new system will be based on the European Schengen visa system, which allows visa holders to move freely between the 15 Schengen countries without having to obtain a separate visa for each. This saves the tourist time, money and bureaucratic hassles, and makes travel within Europe much easier.

“Tourism growth is good news to us because it results in the creation of jobs and eradication of poverty,” said Mabudafhasi. “Tourists spend money as they move and distribute income to many enterprises, including those belonging to communities. Although the expected benefits of these plans are focused on medium to long-term, we are expecting a positive outcome during the 2010 Fifa World Cup.”

To date, nine of the 14 SADC countries – Botswana, the DRC, Lesotho, Mozambique, Namibia, South Africa, Swaziland, Tanzania and Zimbabwe – have signed a bilateral agreement to encourage the free movement of SADC citizens within the region. The agreement, known as the Protocol on Facilitation of Movement of Persons, will enable entry into a SADC country without a visa for no more than 90 days per year, among other strategies.

The protocol is one of the steps towards the establishment of the single visa system. It was signed initially by seven SADC member states at the 2005 SADC summit held in Gaborone, Botswana, with two more coming on board some time later.

The protocol will come into force once it has been ratified by two-thirds of the members of SADC, a process that has yet to be realised, although the minimum number of signatories have now put pen to paper. The signatories still have to resolve relevant issues such as costs, policy agreements, procedures and visa requirements.

The free movement protocol as it exists today is the third version, the first two not making it past the stage of consensus. The initial draft was prepared as far back as 1995 but was rejected by South Africa, Botswana and Namibia. In 1997 South Africa submitted another draft which, between 1998 and 2005, was the subject of much discussion until the third version, an amalgamation of the 1995 and 1997 versions, was put together by the SADC secretariat and finally agreed on by member states in 2005.

Trade integration throughout the region

It is hoped that the proposed SADC free trade area, which has been a work in progress since 2000 and is due to come into effect in 2008, will also benefit enormously through the Univisa initiative. The free trade area marks the first step towards a European Union-like system in Southern Africa and is to be followed by the establishment of a customs union by 2010, a common market by 2015, a monetary union by 2016, and a single currency by 2018.

Already 10 of the 14 SADC countries have ratified a Trade Protocol which does away with customs tariffs on many goods, mainly foodstuffs. By the end of 2008, according to this agreement, at least 85% of customs tariffs on trade goods will have been abolished, facilitating the establishment of the free trade area.

The free movement protocol falls in line with other collaborative SADC programmes like the Trans-frontier Conservation Areas, including the Great Limpopo Transfrontier Park, which spans three international borders. SADC acknowledges the significance of involving all stakeholders to reach a working agreement on the management of these areas. It is hoped that the free movement protocol and the Univisa will promote the sharing of knowledge and skills in these important fields.