Hunters and conservationists are now on the same side of the fence. Pioneered in South Africa, “green hunting” is fast winning the favour of traditional hunters, who see it as a chance to enjoy their sport while contributing to conservation.

Green hunting – or dart safaris – offer a unique synergy between sport hunting and conservation, allowing trophy wildlife to be shot and wildlife research and management to be conducted at the same time.

The brainchild of Dr Paul Bartels, head of the Wildlife Biological Resource Centre of the National Zoological Gardens, green hunting requires more skill and precision than hunting with a rifle. Not only must the animal be shot from close range, but darted animals are also highly unpredictable – sometimes charging or bolting.

Code of ethics
Importantly, animals are only earmarked for darting for specific scientific or research purposes, never for commercial reasons alone.

Purposes can include the translocation of animals to a new environment, ear notching or fitting microchips for identification, blood and tissue collection, radio collaring for tracking animal movement, and operating or treating wounds.

White rhino are most frequently darted, but lion, elephant, buffalo and leopard are also regularly hunted. Black rhino are not yet open to darting.

Most green hunters are traditionalists who now see darting as a new challenge and a chance to do more for conservation. Green safaris are available to both individual clients and groups.

Careful planning is done before each dart safari, taking note of the species, terrain and time of year. They are done early in the morning, when it’s cooler for animals.

“At the end of the day,” says Bartels, “we want the animal to jump up and run into the sunset, with the hunter having experienced the thrill of the hunt while also having played an important role in conservation.

“So from an ethics point of view, it’s important that the hunter has the same goals.”

Before the actual hunt, clients practise with the dart gun until they are proficient and confident, because the dynamics of the gun are somewhat different to those of a traditional rifle.

Darts are heavier than bullets, so the hunter has to be very close to the animal before firing, while anticipating where and how the dart is going to fly. It’s something of a combination of archery and shooting.

Green hunters can also dart rhino using a bow – with the dart attached to the end of an arrow. For this, client hunters are sent the dart a few weeks before the hunt, and use water instead of the immobilisation drug to practise shooting. The type of bow to be used is also stipulated, so that the dart injects the drug and the arrow falls off the animal.

On the hunt
In the cool of early morning, trackers locate the animal to be darted. The decision to dart or not is then finally taken, based on the ambient temperature, terrain and safety of all concerned.

If the hunt is on, the vet fires the dart in a group dart safari, or in an individual safari the client and professional hunter stalk the animal on foot to get as close as possible.

After the dart is fired by the client, the vet mobilises the rest of the ground team and everyone waits quietly for the animal to go down. This can take from three to 15 minutes, and if the animal bolts a helicopter tracks it until it drops.

The immobilised animal’s ears and eyes are covered to reduce the stress of external stimuli. If necessary, the animal is moved into a safe resting position where it can breathe freely.

Then the vet takes tissue, blood and hair samples for genetic and disease studies, while constantly monitoring the animal’s health. Sometimes radio collars are fitted or, in the case of rhino, horns are microchipped or ears notched for identification purposes.

At the same time, the professional hunter takes the required trophy measurements and photographs for the client, as Safari Club International accepts darted animals for entry into their record book and hunting competitions.

Immobilisation drugs and antidotes
When all procedures and measurements are done, equipment and people are moved to safety and the vet injects the antidote to reverse the effect of the immobilisation drug.

Different immobilisation drugs are used for different species. Elephant, antelope and rhino make a quick and complete recovery, sometimes within 30 seconds. But for cat species there isn’t a complete antidote. The drug has to leave their system for complete recovery, so cats are guarded for 24 hours until fully awake and aware.

In an individual hunt the client pulls the trigger him- or herself, a professional hunter and a game capture vet must be in attendance, and the hunt has to be booked and organised through a registered hunting outfitter, just as for a trophy hunt.

The outfitter has to acquire the darting rights to the animal before it’s marketed, and must have in place an experienced and professional team to carry out the hunt. Sometimes a commercial game capture helicopter pilot is also required.

The client hunter must have had training and practice in the use of the dart gun, and must be briefed on all aspects of the darting safari and the course of events – the safety of both people and animals is paramount.

Team building and training
Group dart safaris are for team building and training, and for nature lovers who want to help with conservation research. Here the vet fires the dart into an animal that needs to be ear-notched, medicated or moved and so trophy quality is not a consideration. Those in the group are there purely to witness the event and give assistance where necessary. Each group safari has a ranger in charge, and there’s also usually a photo opportunity to record the event.

Bartels says a downside of dart safaris is that you can’t just “pick up a gun and go hunting”. There is more planning, many people and precise coordination needed for a dart safari.

According to Bartels, there was initially a negative reaction from the traditional hunting community, but they have since seen that there is a place for dart safaris and that nothing is taken away from professional hunters, as one is always required to be present at individual client dart safaris.

Along with hunting associations, the South African Veterinary Society also ensures strict ethics and controls on dart safaris to ensure the well being of wildlife at all times. 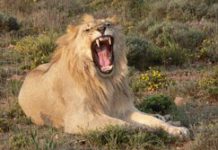 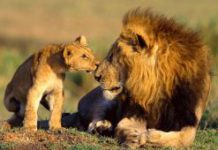 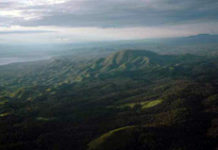 10-year plan to save Africa’s chimps