South Africa’s ǂKhomani Cultural Landscape in the Northern Cape has been inscribed as a world heritage site.

The United Nations Education, Scientific and Cultural Organisation (Unesco) World Heritage Committee also inscribed two other sites from Africa – in Eritrea and Angola – during its 41st session in Krakow, Poland.

“The decision that was taken today marks a long-awaited historical moment for us, the ‡Khomani San, and all other San/Bushman communities,” said Dirk Pienaar, a ǂKhomani community member, addressing the session.

He said it was an acknowledgement of universal value and importance. “This listing will thus provide a foundation for us to continue to preserve, protect and practise our ancient culture and traditions with minimum threat of extinction within the current society.”

The ǂKhomani Cultural Landscape is located at South Africa’s border with Botswana and Namibia in the northern part of the country. It falls within the Kalahari Gemsbok National Park.

The landscape covers an area of 959,100ha, according to the Department of Environmental Affairs.

“The ǂKhomani and related San people are unique in that they descend directly from an ancient population that existed in southern Africa some 150,000 years ago,” said the department. “[They are] the ancestors of the entire human race.”

This area, with its abundance of red dunes, had changed minimally since the Stone Age. The ǂKhomani Cultural Landscape had been home to people who learned to survive in the extreme desert because of their knowledge of the land, said the department.

“They [the ǂKhomani San] developed a specific ethnobotanical knowledge, cultural practices and a worldview related to the geographical features of their environment,” said Unesco. “The ǂKhomani Cultural Landscape bears testimony to the way of life that prevailed in the region and shaped the site over thousands of years.”

Angola’s Mbanza Kongo and Eritrea’s Asmara were the other African sites inscribed as world heritage sites.

Mbanza Kongo, said Unesco, was the political and spiritual capital of the Kingdom of Kongo, one of the largest states in southern Africa from the 14th century to the 19th century. When the Portuguese arrived, stone buildings were added. “Mbanza Kongo illustrates, more than anywhere in sub-Saharan Africa, the profound changes caused by the introduction of Christianity and the arrival of the Portuguese into Central Africa.”

#Angola– The ruins of a 16th century cathedral (built in 1549) at #MbanzaKongo, said to be the
oldest church in sub-Saharan #Africa. pic.twitter.com/5Vjws5ZHDs

Asmara, 2,000 metres above sea level and the capital of Eritrea, became a military outpost for Italy, its colonial power. After 1935, the city went through a massive construction project. “It is an exceptional example of early modernist urbanism at the beginning of the 20th century and its application in an African context.” 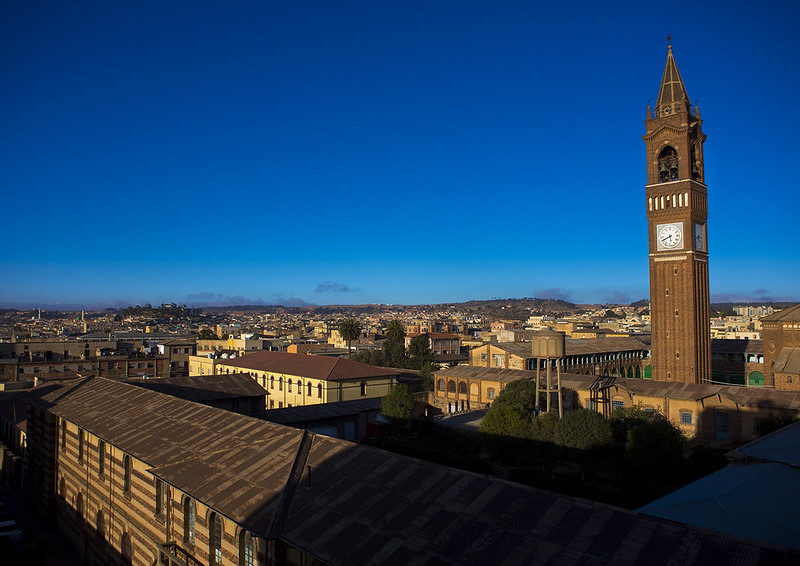 In her acceptance speech, the director-general of the Department of Environmental Affairs, Nosipho Ngcaba, said South Africa was committed to supporting efforts of economic development in the area, contributing to job creation, enhancing tourism experiences, and contributing to skills development.

Pienaar said the community would continue to respect their culture and pass it on to future generations.

“Conservation for us is not a planned action or a buzzword to use to impress when needed,” he said. “It is [not] a choice but a way of life that is instilled within all San people from a very tender age.”

He also gave thanks to the elder community members, including “Oupa Dawid Kruiper and Ouma Una Rooi, who died sadly whilst fighting for our cause”.