The Red Location Museum of the People’s Struggle in New Brighton, Port Elizabeth – winner of three international awards – was designed to be both a monument to South Africa’s struggle against apartheid and an integral part of community life in a township that acted as a crucible for the struggle.

The museum is located in the Red Location shack settlement, New Brighton’s oldest neighbourhood, scene of one of the first public acts of defiance against apartheid when, in 1952, black railway workers refused to show their “passes” to enter railway property.

In June 2006 it was awarded the Royal Institute of British Architects’ inaugural Lubetkin Prize for the most outstanding work of architecture outside the UK and Europe by a member of the institute – beating stiff competition from the Canadian War Museum in Ottawa and the Terrence Donnelly Centre in Toronto.

The museum project also landed the city of Port Elizabeth the 2005 World Leadership Award for architecture and civil engineering, and the Nelson Mandela Bay Municipality the 2005/06 Dedalo Minosse International Prize for Commissioning a Building.

“To build a museum of the apartheid era in the midst of the township that acted as a crucible for the struggle is an extraordinary achievement,” the Lubetkin Prize judges said in a statement. “The Red Location Museum brilliantly rises to the challenge, using architectural skill of the highest order to produce an unforgettable experience that is both viscerally and intellectually moving.”

Hundreds of new state-subsidised low-cost houses have been built in the surrounding area.

The museum integrates into the existing neighborhood of former victims of apartheid as a seamless part of their daily life. “In this way, the horror of apartheid becomes more apparent simply by its calm presence in the museum side by side with a functioning community,” says architect Jo Noero of Cape Town-based Noero Wolff Architects, who designed the complex.

‘Memory boxes’
The museum’s design draws on notions of memory to show both the horrors of institutionalised racism and the heroic efforts of the anti-apartheid movement in sharp relief.

“All museums concern memory and history; it was therefore all the more impressive to encounter one in which particular histories and memories have evoked an extraordinarily powerful architectural idea,” the Lubetkin judges said.

The concept of “memory boxes” – in which migrant workers on South Africa’s mines carried artefacts to remind them of their homes in the countryside – forms the basis for a building which is in itself one huge memory box.

Designed in industrial form to incorporate the rusted corrugated iron – the Red Location – theme of the surrounding settlement, the museum houses steel containers tipped on end to make individual memory boxes, giving its curators a blank canvas in which to exhibit memories, responses and ideas.

The most powerful of these piles of boxes, according to the judges, contain police files on those who were murdered, judicially or otherwise, during the struggle against apartheid. Above the boxes hang three nooses.

“The building works as both metaphor and object: deliberately unglamorous, this is an architectural tour de force.”

In contrast to the memory boxes, visitors to the L-shaped museum first pass through a hall of columns, designed by artists to resemble totems, honouring those who gave their lives in the struggle against apartheid.

Having seen how the apartheid government used architecture and planning as tools of racism and division, Noero hopes to use architecture to heal. The museum, he says, “seeks to build new memories – ones that will not let us forget apartheid’s atrocities, and those that will allow us to begin to hope for an African renaissance.” 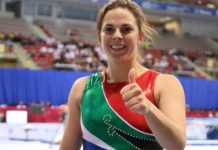