South Africa is known for its gold and diamonds, but if you want to discover its real gems, head for the small towns and villages that lie just off the beaten the track – the country’s heartland.

Often a haven for artists and creative people who need peace and quiet to flourish, small towns give travellers the opportunity to meet colourful local characters who still have the time to talk and settings that can take your breath away.

Knysna
Lying on the Garden Route in the Western Cape, the coastal town of Knysna offers incredible vistas of the lagoon and the ocean and a famous forest that shelters elusive elephants.

At the Knysna Heads the ocean crashes through a narrow rocky outcrop to feed the waters of the lagoon – a nursery for all manner of sea life, such as the tiny Knysna seahorse. Voted South Africa’s best small town in a recent competition, Knysna is rich in art galleries and offers great coffee shops and restaurants. Then there’s the feast of oysters, both cultivated in the lagoon and harvested in the wild.

Knysna’s people are by far its most colourful attraction, ranging from the obviously arty to Rastafarians – a whole settlement – as well as fishermen and the wealthy, who have found their paradise along South Africa’s garden route.

Franschhoek
In the heart of the Cape Winelands, Franschoek is a little bit of France in Africa. Settled by French Huguenots who fled religious persecution in the 1700s, it is known for its restaurants, five-star guest-houses and excellent wineries. This area is second to Cape Town as the culinary heart of South Africa. Home-made cheeses, preserves, chocolates, baked goods and breads are on show in all the local shops, and the town has a wealth of art galleries.

Simonstown
Simonstown near Cape Town is founded on naval tradition. From the early days this town functioned as the principal South Atlantic Base for the Royal Navy before it became the home of the South-African navy. Visitors can explore the fascinating Naval Museum, walk the streets to soak up the atmosphere and relax in one of the many ocean-side restaurants and bars following a naval theme. Whales and great white sharks patrol these waters and sightings are common.

Darling
The little town of Darling, lying between the West Coast and the Swartland in the Western Cape, is one of South Africa’s foremost artist colonies. Easily accessible from Cape Town, it first attracted attention from the carpets of wild flowers that blossom in the springtime.

Quaint restaurants and coffee shops, a theatre, a number of B&Bs and a myriad of shops have since sprung up in this scenic setting. The town also has a famous ambassador, Mrs Evita Bezuidenhout – otherwise known as South African actor and satirist Pieter-Dirk Uys.

Paternoster
Visiting the West Coast town of Paternoster, north of Cape Town, is like walking into a living painting, with colourful fishing boats, fishermen’s houses, holiday homes and huge boulders overlooking the bay. Everyone meets at the local hotel to swap stories, and a beach braai of lobster and fresh local fish is tradition, with the sunset over the ocean providing the perfect setting.

Oudtshoorn
The home of the local ostrich industry and the annual Klein-Karoo National Arts Festival, Oudtshoorn lies in an arid but spectacular setting in the shadow of the Western Cape’s Swartberg Mountains.

The mansions built by ostrich feather farmers of yesteryear are a must-see, as are the spectacular Cango caves, often a venue for choral performances. Enjoy ostrich dishes in local restaurants, and shop for ostrich leather products.

Matjiesfontein
Today a testament to Victorian splendour, this railway stop became a small town thanks to one man – James Logan. An official with the Cape Government Railways, he suffered from a chest complaint. A transfer to the Karoo proved so beneficial that he decided to stay, farm and acquire land there, amongst which was the area around the Matjiesfontein station.

He realised locomotives travelling inland were thirsty for water – and so were their passengers. He pumped water from his farm bore holes to the station and while the locomotives tanked up, he served the passengers food and drink in his restaurant. The restaurant gave way to the majestic Lord Milner hotel he built in the elegant Victorian style. It is as fashionable today as it was way back then.

Nieu Bethesda
A Hollywood movie has even been made in this tiny Karoo hamlet to celebrate its most famous inhabitant – Helen Martins. An artist and recluse, she created fantasy creatures out of glass and cement and scandalised the town with her eccentric ways.

Her home, known as the Owl House, is a museum where huge camel sculptures, wise men and owls stand testament to her vision and passion. It has become a place of pilgrimage for artists and travellers alike.

The Ibis Gallery on the main road of Nieu Bethesda boasts contemporary South African art, while the local watering hole is home to some of the area’s more colourful inhabitants.

Port St Johns
Port St Johns is a swashbuckling village of legend on the Pondo side of the Wild Coast of the Eastern Cape. It is also one of the highlights on any international backpacker’s world itinerary because of its natural setting, frontier atmosphere and appeal to more adventurous younger travellers.

From one of the most interesting airstrips in Africa, one can see the famed Gates of St Johns (Mounts Thesiger and Sullivan) on either side of the river. Three good beaches, excellent fishing and a general atmosphere of live and let live have made the coastal village a hotspot for young tourists looking for adventure on the wild side of Africa.

Don’t miss the pancake parlour in the middle of town or some of the more lively pubs and bars. There are one or two superb restaurants in the area and accommodation ranges from rustic to fabulous and five-star. And Dullstroom’s sweet shop is the finest in the country .

Pilgrims Rest
The entire town of Pilgrims Rest has been declared a national monument. Established the 1880s after gold was found along the banks of the Pilgrims Creek River, the town is a living museum, giving visitors a glimpse of life in the early gold-rush days of South Africa.

The graveyard is a must-see for its historic gravesites, such as the robber’s grave, and the buildings take one back to another era. The Royal Hotel, in particular, keeps the stately glory of yesteryear living alive even today. Not too far from Pilgrims lie some of the most spectacular scenery in the country.

Kaapschehoop
Kaapschehoop a haven for the last wild horses of South Africa that roam the town freely. Harem, a young artist, is the town’s most famous son after Richard Branson of Virgin Airlines’ fame discovered his work. A walk through a labyrinth of rocks the escarpment overlooking Swaziland. Many artists live here permanently, and there are a number of beautiful guest- houses in town, plus other accommodation to suit all pockets.

Home to potters, actors, artists and a number of community-based art projects, this little town offers the visitor a relaxed but vibrant atmosphere. The road between Clarens and Fouriesburg is one of the most scenic in the country. Just beyond the town lies the Golden Gate National Park, which has incredible mountain outcrops, clear streams and wildlife. Clarens also boasts farm-stay accommodation, giving visitors an authentic farm experience – Free State style.

“The Free State Landscape gladdens my heart, no matter what my mood,” Nelson Mandela said once. “When I am here I feel that nothing can shut me in and that my thoughts can roam as far as the horizons.”

Groot Marico
Groot Marico in North West of South Africa is known for its mampoer – a distilled and potent alcohol made from peaches – and its most famous citizen, author Herman Charles Bosman, who set many of his works in the district. The town hosts the annual Herman Charles Bosman literary weekend every October, with visitors from all over the country visiting the Marico to celebrate some of South Africa’s best loved tales. 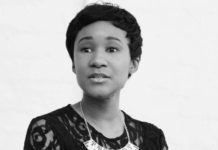