Cape Town has been ranked by National Geographic as the world’s second-best beach city in their latest Top 10 list.

The international magazine places Cape Town’s beaches behind Barcelona’s “eight white-sand beaches that rim its Mediterranean coastline”. But the South African “capital of cool” pips Hawai’s Honolulu, Nice in France, Miami in the US, Rio de Janerio in Brazil, Santa Monica in California, Sydney in Australia, and Israel’s Tel Aviv.

Here is what National Geographic had to say:

The African capital of cool sprawls on a peninsula that divides the icy Atlantic from the warmer Indian Ocean, putting some 20 beaches within striking distance. The Clifton beaches, known for the posh homes that overlook them and stellar sunset-viewing, are sheltered from the region’s strong trade winds by a mountainous ridge. Further north, the breeze is unleashed at surfing sweet spots Milnerton and Blouberg. Families favor the eastern False Bay coast for warmer water and tot-friendly tidal pools. 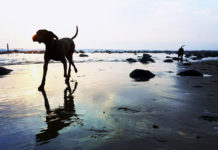