South Africa is a subtropical region, moderated by ocean on two sides of the triangle-shaped country and the altitude of the interior plateau. These account for the warm, temperate conditions so typical of South Africa – and so popular with its foreign visitors.

The country is bordered on the west by the Atlantic Ocean and on the east by the Indian Ocean; their waters meet at Cape Agulhas, at the southernmost tip of the continent.

The coastline stretches 2 798 kilometres from a desert border with Namibia in the northwest, down the icy Skeleton Coast to Cape Agulhas, then up along the wide beaches and green hills on the coast of the Indian Ocean, to the border with subtropical Mozambique in the northeast.

South Africa is famous for its sunshine. It’s a relatively dry country, with an average annual rainfall of about 464mm; the world average is about 860mm. While Western Cape gets most of its rainfall in winter, the rest of the country is generally a summer-rainfall region.

Temperatures in South Africa tend to be lower than in other countries at similar latitudes – such as Australia – mainly because of its greater elevation above sea level.

On the interior plateau, the altitude – Johannesburg lies at 1 694 metres – keeps the average summer temperatures below 30°C. In winter, for the same reason, night- time temperatures can drop to freezing point, and lower in some places.

South Africa’s coastal regions have the warmest winter temperatures in the country. There is, however, a striking contrast between temperatures on two different coasts, a result of the warm eastern Agulhas current and cold western Benguela current that sweep the coastlines.

In the southern hemisphere our seasons are opposite to those of Europe and North America, so, yes – we spend Christmas on the beach!

Boulders Beach in Simonstown south of Cape Town is famous for its African penguin colony. Summertime on the Cape peninsula has glorious months of rain-free sunshine. (Image: South African Tourism)

Over much of South Africa, summer, which lasts from mid-October to mid- February, is characterised by hot, sunny weather – often with afternoon thunderstorms that clear quickly, leaving a warm, earthy, uniquely African smell in the air.

Western Cape, with its Mediterranean climate, is the exception, getting its rain in winter.

Autumn in South Africa is from mid-February to April. It offers the best weather in some respects. Very little rain falls over the whole country, and it is warm but not too hot, getting colder as the season progresses.

In Cape Town, autumn is fantastic, with hot sunny days and warm, balmy nights which many people spend outdoors.

Wild waves break against the rocky shore of the Wild Coast in the Transkei region of the Eastern Cape. (Image: South African Tourism)

Winter in South Africa – from May to July – is characterised in the higher-lying areas of the interior plateau by dry, sunny, crisp days and cold nights, sometimes with heavy frosts. It’s a good idea to bring warm clothes.

Western Cape gets most of its rain in winter, with quite a few days of cloudy, rainy weather that can be quite stormy with high winds. On 1 June 2013, for example, a cold front accompanied by an intense upper-air trough led to heavy rains and flooding in places over Cape Town, mainly in the informal settlements.

Heavy snow falls occurred over the high-lying areas in the south-western parts of Western Cape and Northern Cape, while it was extremely cold over the interior of the two provinces.

However, wonderful days are spread throughout winter that rival the best of a British summer.

The hot, humid KwaZulu-Natal coast, as well as the Lowveld (lower-lying areas) of Mpumalanga and Limpopo provinces, offer fantastic winter weather with sunny, warmish days and virtually no wind or rain.

The high mountains of the Cape and the Drakensberg in KwaZulu-Natal usually get snow in winter.

Nowhere in South Africa is spring, which lasts from August to mid-October, more spectacular than in Northern Cape and Western Cape. Here the grey winter is forgotten as thousands of small, otherwise insignificant plants cover the semi-arid plains in an iridescent carpet of flowers.

The journey to see the flowers of the Namaqualand is an annual pilgrimage for many South Africans.

Best time of the year to travel?

An old car holds a garden of succulent plants outside a roadside stall in the Northern Cape. (Image: Media Club South Africa)

That depends on what you want to do. The Namaqualand flowers are obviously best in August and September. Winter is a good time for game watching, as the veld is not as lush as it is in summer and the lack of rain means animals are more likely to congregate around water holes and rivers.

Southern right whales hang around off our coasts from about mid-June to the end of October, making for spectacular whale watching.

Diving is best in most of the country outside summer (ie, from April through September), and so is surfing – but that certainly doesn’t limit either activity to those times.

River rafting is better in Western Cape at the end of winter, and in KwaZulu-Natal in the height of summer (late November to mid-February). In Mpumalanga and Limpopo, it’s less time dependent.

The “shoulder” seasons – spring and autumn – are best for hiking, as summer can be hot over most of the country. In the Drakensberg, summer thunderstorms are dangerous, while there is a good chance of snow in winter. In Western Cape, the winters are wet, so it’s not necessarily the best time for hikes.

If you’re a birder, the palaeoarctic migrants arrive around November and the intra- African migrants usually by mid-October.

Of course, if you want to lounge around on the beaches, mid-summer is the best time – though everyone else will be there too. And – big bonus – the beaches of northern KwaZulu-Natal are warm and sunny even in midwinter. 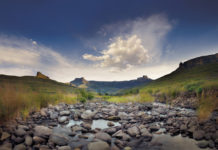 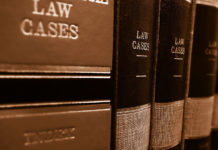 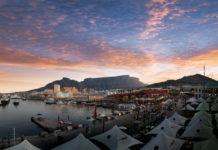 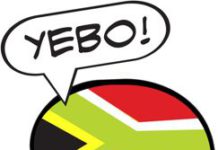