One of South Africa’s tourism attributes is that it has the third highest commercial bungee jump in the world. Here’s more information about bungee jumping and bridge swinging in the country.

Brand South Africa reporter
Weehah! South Africa has the third highest commercial bungee jump in the world – it’s official. At 216 metres, it’s not for the faint of heart.

The jump is run by Face Adrenalin, at the Bloukrans Bridge on the border of the Eastern and Western Cape.

Hang out a kilometre high over Cape Town, over crashing waves at Knysna, or rapp jump down skyscrapers in Johannesburg or Durban.

Not sure of difference between bungee jumping and bridge swinging? With bungee, you jump off a bridge (or other high fixed platform) with giant elastic bands usually, but not always, tied to your feet.

Bridge swinging, on the other hand, involves jumping from one bridge while tied in to climbing ropes suspended from an adjacent bridge.

Big Rush, in Durban, is recognised by Guinness World Records as the tallest swing in the world! It is to be found at the Moses Mabhida Stadium, which has plenty of other attractions on offer. The big swing is located inside the Stadium, launching from the iconic arch. Everything else you need to know can by found on the Big Rush website.

Face Adrenaline presents bungee jumping at the 216-metre-high Bloukrans Bridge on the Garden Route, the highest commercial jump site in the world. They’ve been doing it since 1997 and that experience makes Face Adrenalin hard to beat. They also offer the Flying Fox – a 200-metre-long cable (foofie) slide.

Living on the Edge Adventures hosts Bungee Mogale, which operates off the Kings Kloof Bridge in Krugersdorp / Mogale City. People between the weights of 40 and 120 kilograms are able to do the bungee jump, but no tandem jumps are allowed. The height of the jump is about 50 metres – plenty high for adrenaline seekers!

Orlando Towers in Soweto, Johannesburg calls itself a vertical adventure centre, and it’s hard to argue with that description. They offer bungee jumping, climbing, abseiling, rap jumping, and swinging. The Towers, with their eye-catching paintings, were once part of one of the most advanced power stations in the southern hemisphere. They no longer function as a power station, but with all their exciting offerings there is still electricity in the air!

The Big Swing, located at the Panorama Gorge in Graskop, Mpumalanga, features a freefall from a height of 80 metres, which crosses the Gorge at a sensational speed.

Wildthing Adventures offers bridge jumping, which involves a big fall in a body harness before swinging between two bridges. It happens at the Gouritz River Bridge and has attracted visitors from over 70 countries. The record for the oldest jumper belongs to a 91-year-old man, the youngest to a five-year-old boy. Wildthing also presents other adventure activities, such as mountain biking, white water rafting and canoeing. 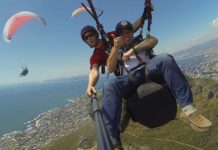 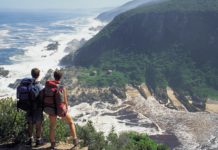 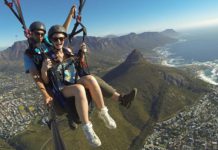 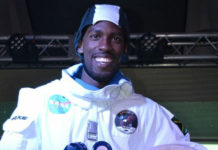