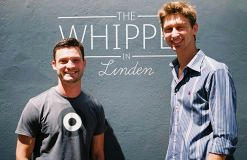 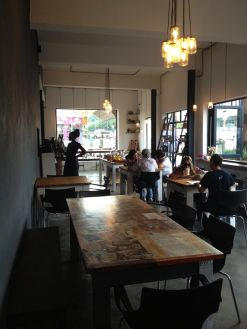 The interior has an industrial look about it, but it is cosy with big windows that let in natural light. It is the kind of place where you can spend hours. 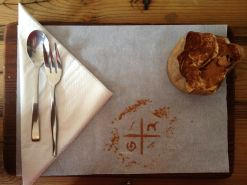 The Whippet is fast becoming famous for its milk tart.
(Images: ofbeautyandlove.co.za) 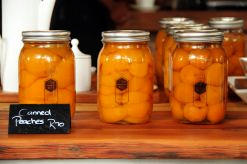 The Linden region was once the biggest exporter of peaches to the UK and now The Whippet sells jars of peaches to celebrate the suburb’s peach export heritage.
(Image: underourownolivetree.blogspot.com) 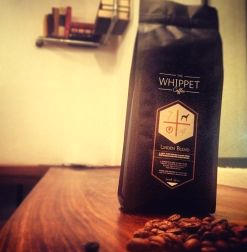 The historic suburb of Linden in Johannesburg has become home to South Africa’s first neighbourhood-inspired coffee shop. The Whippet in Linden is setting a new trend to encourage South Africans to reconnect with their neighbourhoods and their own history.

Three entrepreneurs with a love for South Africa and their suburb – Divan Botha, Jaco De Witt and Roelitha Cloete – took the bold step of pioneering the new concept coffee shop in Johannesburg.

The Whippet in Linden, situated on the corner of 7th Street and 4th Avenue, opened for business just two months ago.

“We had a dream about fundamentally changing the coffee shop industry in South Africa while at the same time celebrating South Africans and their neighbourhoods,” Botha says.

He’s always supported the idea of creating independent neighbourhood coffee shops. “Chains tend to bring their identity to a neighbourhood, we’ve flipped this around by embracing Linden’s identity,” he says.

Botha wanted to build a brand centred on the history of Linden, and in the months leading up to the opening he embarked on a journey to learn everything there is to know about the suburb, who walked on the pavements many years ago, and who planted its characteristic tree-lined sidewalks.

He’s lived in Linden for 12 years, and he was surprised by what he found out.

It is difficult to imagine that before Linden became a residential suburb it was a working farm considered to be on the outskirts of Johannesburg.

A vibrant farming community inhabited the area, and it was well known for its peach and cherry orchards, maize, chicken farms and even dairy production. Some of the remaining fruit trees can still be seen on properties in the area.

In fact, the region was once the biggest exporter of peaches to the UK.

But in later years the farm was subdivided and by the late 1950s Linden was a fully developed urban suburb.

Linden was named after Johannes Jacobus Rabie van der Linde, a farmer from Philippolis in the Free State. He co-owned the south western corner of the farm Klipfontein, with Louw Geldenhuys, who farmed fruit and vegetables on the neighbouring farm of Braamfontein.

The late Albertina Sisulu, anti–apartheid activist and the widow of fellow activist Walter Sisulu, was one of the suburb’s most famous residents. Retired South African veteran news anchor Riaan Cruywagen is also a member of the Linden community, and nowadays the area is popular with academics, lawyers and artists.

Residents of the neighbourhood have preserved Linden’s strong community ethos and long tradition of food production, creating something of a local food movement in the area.

The owners of The Whippet celebrate this heritage by sourcing all their ingredients from butchers, bakers, growers and artists who live and work in the neighbourhood.

Rembrandt Butchery, run by husband and wife team Ross and Elmarie Schutte, supplies The Whippet with steak and cold meats for their gourmet sandwiches. This family business has been in Linden for more than 30 years, since 1981.

“This is a central focus of what we do. Even our vegetables are from producers who grow them in their gardens,” Botha says.

Patrons can expect good food that is freshly prepared. “We don’t over-engineer our food. The menu is simple and this makes it possible to source fresh daily,” he explains.

When it comes to cakes and pastries, what is on offer each day depends entirely on the mood of their neighbourhood bakers.

The Whippet is fast becoming famous for its milk tart, but there are also more unusual items on the menu such as the blueberry-infused blue velvet cake.

And the coffee is good.

“We believe in good coffee,” Botha says, and their secret is employing well trained baristas and buying top-quality beans. They’ve developed their own Linden Blend, which consists of creamy Costa Rican and rich chocolate Malawian beans.

The Whippet recently started hosting coffee evenings, where patrons can learn about the history of Linden and coffee, and sample different blends. Botha says he thoroughly enjoys these events, as he has an opportunity to meet the locals and talk about Linden and his other love – good coffee.

Botha and his team found creative ways to integrate Linden’s history into the furniture.

“I challenged the team to make sure that Linden truly runs through our veins, and what better way than through the use of photos,” Botha says.

They made a memory table inside consisting of photographs and archive newspaper clippings of the area, found in old school yearbooks dating back to 1953.

As part of their desire to leave a legacy for future generations of Linden residents, De Witt custom-builds all the tables from recycled wooden floor boards reclaimed from abandoned buildings in the inner city suburb of Hillbrow.

These tables are for sale to patrons and decorators, and this initiative is part of their Trees-for-Linden drive – they plant a tree in the suburb for every fifth table sold.

Taking a risk pays off

While searching for the ideal location Botha and his business partners took a liking to the busy corner of 7th Street and 4th Avenue.

“This corner has come to be known as notoriously bad for business – not a single restaurant has survived here,” he says.

“But I knew this was the corner.”

And he was right. In just a few weeks he’s noticed that The Whippet appeals to a diverse crowd, from students, moms and business people, to joggers on their morning run.

The team revamped the building so that the understated charcoal exterior shows off the beautiful acorn tree outside.

The interior has an industrial look about it, but it is cosy with big windows that let in natural light. It is the kind of place where you can spend hours.

Another unique characteristic of The Whippet is that Botha regularly blogs about the restaurant, which also has a strong following on Facebook and Twitter.

But he says this is not just a gimmick. “We feel our story is strong enough to do this and people buy into it because we are telling it authentically.”

He hopes that The Whippet will inspire a new generation of coffee shops elsewhere in Johannesburg and South Africa that also celebrate the neighbourhoods they operate in.

“People buy into your story and then you become part of theirs,” he says. “It has been a phenomenal experience to see how locals support us.”

And, if you are wondering about the unusual name, The Whippet in Linden is named after De Witt’s own Whippet, Jozi.

“She was named after our awesome city and became a great inspiration for the first flagship store,” Botha says.

“Whippets look timid but run like hell. They are loyal, inviting and elegant, and prefer to be in the presence of people. The name just made sense.”

These qualities are exactly what The Whippet is bringing to Johannesburg.