Lions have been reintroduced to the Mountain Zebra National Park for the first time in over 130 years. 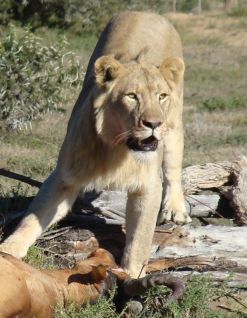 Newly introduced lions at the park could boost tourism in Cradock.
(Images: SANParks)

For the first time in more than a century, the lion’s roar can be heard through the tranquil wilderness of the Mountain Zebra National Park near Cradock, in Eastern Cape.

Three lions, one female and two males, all approximately three years of age, were released into the game reserve on 25 April. They are the first lions to freely roam the park since the species was hunted to extinction more than 130 years ago.

The re-introduction of lions is mainly to enhance biodiversity in the region, according to park manager, Megan Taplin. “The lions will help in managing larger herbivores. These herbivores got to levels where they could support lions.” She says the restoration is part of SANParks’ drive to return certain animal species to their original habitats.

The female had been kept in a boma since February and was joined by the two males a month later. Living in the enclosure helped them adapt to their new surroundings and allowed them to develop a healthy respect for electric fencing. Despite their first tentative steps into the wild, Taplin is certain the lions will thrive. “They are wild lions so they have their instincts. They will be able to hunt and feed.”

There is a variety of choice when it comes to meals: the park is home to hartebeest, wildebeest, gemsbok, zebra, Cape buffalo, kudu and blesbok. “So far, they have mainly been killing hartebeest. Just recently they killed a wildebeest.” Since lions are opportunists by nature, they hunt and kill anything. However, Taplin says they tend to stick to bigger game as it is more rewarding.

The brown hyena is the third predator species in the park. But Taplin assures they will not be a threat to the lions’ wellbeing. “Hyenas are scavengers and they feed on smaller animals.”

Park authorities have fitted a collar on each lion, allowing them to track the big cats. “We can see what kind of area they prefer to live in and check what kind of prey they target,” she explains. The collars will be worn for the first year of their stay, to collect sufficient information on them.

The female came from the Karoo National Park outside Beaufort West; the two males were adopted from Welgevonden Game Reserve in Limpopo. A game capture unit was used to seize the lions. Thereafter, they were transported to Mountain Zebra National Park where they adjusted easily to each other.

Welgevonden, Taplin says, needed to reduce its lion numbers. “Game reserves try to limit the predator population to ensure a healthy gene pool. Once the fathers have offspring, we have to move some of them out. We would not want the fathers mating with their offspring.”

Taplin is hopeful that the introduction of lions will bring more tourists to the park. “Most people are interested in lions and perhaps it can bring in more tourists. But it is a little too early to tell.” SANParks says cheetah tracking and guided walks for visitors will continue. Predator-proof fencing of two picnic sites in the game viewing area was done in time for the lions’ arrival.

Dinesh Vallabh, a senior lecturer in the school of tourism and hospitality at Walter Sisulu University, which has campuses in various Eastern Cape towns, points out that the lions will definitely boost the number of visitors to the reserve. “Lions are great attractions because that is what foreign tourists want to see.” He says Eastern Cape game reserves have become prime attractions and those that have any of the Big Five do very well. “No one leaves the province without visiting a game reserve.”

There is a possibility that more lions may be introduced, says Taplin, but only after park authorities have assessed the impact the three have on the reserve.

Situated just outside Cradock, the Mountain Zebra National Park was established in 1937. Its aim was to protect the Cape mountain zebra, which at the time numbered less than 100. Today, the park is home to about 800 zebra, the largest population in South Africa. “This population is used to increase other populations in game reserves around the country,” says Taplin. 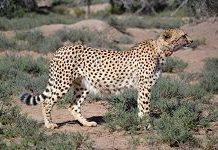 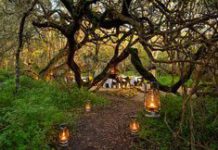 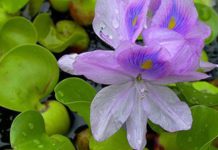 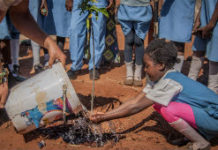 Plant a tree for life