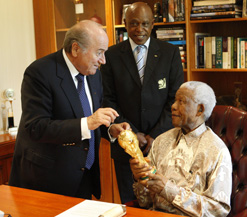 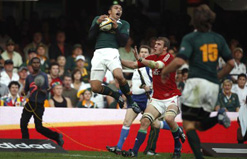 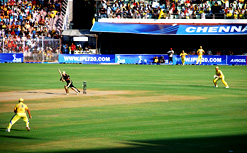 Three major sporting events hosted in South Africa over the past six months have given the country’s tourism sector a much-needed boost.

Since January this year, South Africa has hosted the Indian Premier League (IPL), the Fifa Confederations Cup and the British and Irish Lions rugby tour.

The IPL tournament, comprising 59 matches, was relocated to South Africa in April due to the Indian national election, which was taking place at the same time as the tournament. The Indian government announced that it could not guarantee the safety of players due to political unrest. The decision was finalised after the Sri Lankan cricket team were attacked by terrorists in Pakistan

On its website, the City of Cape Town reports that hosting the first leg of the IPL tournament was a valuable boost for the City.

“[The IPL] has not only given the City valuable global exposure, but has also cemented its reputation as a sporting and events destination,” it reads.

Cape Town Tourism chief executive officer Mariette du Toit-Helmbold says it’s been a bounty season for the city. “This has been an exciting moment and opportunity for Cape Town. The event extends our season significantly and is a welcome boost to our local tourism economy.”

During the opening ceremony of the IPL, the world’s attention was on Cape Town as Bollywood stars, musicians and dancers pulled out all the stops to set the global stage for the sporting event.

The tournament has injected between R1-billion (US$129-million) and R2-billion ($258-million) into the South African economy.

The City says the cash injection has not only boosted the local economy, but, it will have long term benefits, as there are bound to be repeat visitors to the City.

Cape Town was not the only city to have benefited from the cricket tournament. Up to 40 000 hotel rooms and 10 000 domestic flights were booked for the tournament. In addition, the IPL has also provided R10-million ($129 000) in scholarship funds to 300 students and 32 schools across the country.

According to SA Rugby’s Andre Homan, the British and Irish Lions tour, which started on 20 June in Durban KwaZulu-Natal, has contributed R1-billion ($128-million) to the South African economy, with R250-million ($32.2-million) in direct foreign exchange.

Homan says this could easily have been the biggest sporting event to be held in South Africa in terms of generated revenue.

“The series will create awareness of the host cities and SA as a tourism and business location, with increased sales in trade, hotel and recreational services.

“A successful Lions series will certainly help SA’s chances in the bid for both the 2015 and 2019 Rugby World Cups,” Homan continued.

The tour’s hotel partner Southern Sun Hotels, reports that the current global recession has had a significant impact on the original estimated number of visitors.

“We anticipate 35 000 to 40 000 supporters entering the country for the event, which is down on the original prediction of 45 000 to 50 000 supporters,” said the hotel chain’s sales and marketing director Neil Fraser.

Visitors to South Africa were also expected to make use of various domestic flights.

Gidon Novic, CEO of Comair, the company that operates British Airways in South Africa, says 10 000 flight bookings were confirmed for the various games that supporters were expected to attend.

“The tour will certainly give us a nice boost during this difficult period,” said Novick.

The British and Irish Lions tour in South Africa is a prestigious sporting event in the country, as it only happens once every 12 years.

The two teams have now met 38 times, with South Africa holding the winning score of 18 games, versus the 16 currently held by the Lions. They’ve drawn four games.

The 2009 Fifa Confederations Cup has also been a money-spinner for South Africa. The tournament took place between 14 and 28 June, with eight teams competing.

South African Tourism chief operating officer and acting CEO, Didi Moyle said at the beginning of the tournament, that Johannesburg was ready to showcase its vibey and trendy lifestyle to the visitors.

“We’re excited about the tournament, not only because it offers our industry a truly incredible opportunity to showcase our destination, but also because it gives us a chance to show off our infrastructure, and to have our visitors witness the effort that we have put into preparing for this world class event.”

Although figures emanating from the football tournament are not yet readily available, the four host cities of the tournament – Bloemfontein, Johannesburg, Pretoria and Rustenburg benefited from a financial and tourism perspective

According to the newspaper, Mail and Guardian, residents of Rustenburg in the Northwest province benefited immensely from the hosting of the Confederations Cup.

“Lodges and guesthouses are already mushrooming across Rustenburg’s bushland valleys. Business owners are enjoying a brief bumper season for the four Confed games played in the city,” it reads.

According to the newspaper, 450 000 visitors were expected to attend the tournament in their different capacities.