Iron, Zeus, and Rapunzel are part of the group of rescued lions that arrived in South Africa on 1 May. They are three of the 33 big cats saved by Animal Defenders International (ADI) from circuses in Peru and Columbia and rehomed at the Emoya Big Cat Sanctuary in Limpopo.

Iron’s release into the enclosure is the fairy-tale ending for 33 mistreated circus lions.

“Iron is one of the Colombian 9, the first animals to be handed over after the country’s wild animal circus ban was passed,” wrote ADI on its Facebook page. “With his cage mate Ojiclaro, Iron was a pitiful sight, the years of suffering clearly visible on his face.”

Iron is the first to be released! He’s enjoying a satisfying rub against a tree! #33lions https://t.co/saoaOdVjMh pic.twitter.com/nd0gAVkskv

Hear the lions roar at the airport, as they are transported to the sanctuary:

According to the ADI, this is the largest transfer of lions, a process which started 18 months ago. The cost per cat per transfer was $10 000 (approximately R142 000).

The animals are no longer able to function in the wild, and will need to be taken care of.

“Almost all of the rescued lions have been mutilated to remove their claws, one has lost an eye, another is almost blind, and many have smashed and broken teeth so would not survive in the wild,” ADI said in a statement.

“The lion habitats will be steadily expanded over the coming months as the lions become familiar with their new life and are introduced to each other.”

ADI president, Jan Creamer, said this is the first time the animals are in their natural habitat. “It’s the best environment for them. 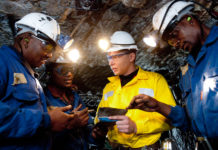 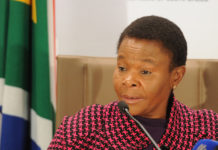 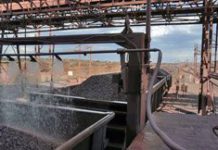