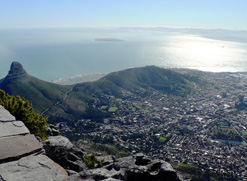 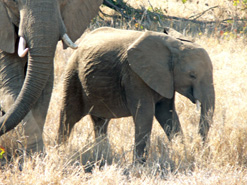 Venturing into the bush to catch a
glimpse of the majestic Big 5 is one of
the highlights of the Adventures by
Disney Safari to South Africa.
(Image: Mary Alexander,
MediaClubSouthAfrica.com. For more
free photos visit the Image library)

Adventures by Disney, famed for creating family holiday packages that are thrilling to youngsters, has added a 12-day tour to South Africa to its 2009 travel itinerary.

Disney began offering tour packages in 2005, starting in Hawaii where guests were taken on themed expeditions through nature. In its three years it has expanded its destination list to include 23 countries. The last eight additions – with names that typify the holiday – include Beantown and the Big Apple which tours Boston, Newport and New York City, as well as Taming the Last Frontier, which explores Alaska. Other destinations include the southern European countries of Italy and Spain, the British Isles and Latin America.

“In 2009, we will continue to be innovators in the family and group travel business. By offering 23 destinations, we are giving our guests the opportunity to enjoy authentic experiences and magical moments only Disney could create in more places than ever before,” said Ed Baklor, senior vice president of Adventures by Disney.

The 11-day, 12-night package includes flights, accommodation and meals but more importantly tours in places like Cape Town, Knysna, George and game reserves that are more involved than just observing and taking pictures.

“The South Africa family vacation from Adventures by Disney offers a land tour package that starts in historic Cape Town. It then treks through the charming countryside of George, moving on to the shimmering beauty of Knysna before venturing out to safari country at Kapama Game Reserve. The magnificence of nature surrounds you at every turn as you head down the stunning Garden Route. Answer the call of the wild on safari as you cross paths with big cats and other Big Five game – such as elephant, buffalo and rhinoceros,” Disney says on its website.

Disney Adventures target mostly children from the age of eight, and its draw card is ensuring that all tours are active and exciting without being too strenuous. Each itinerary features two Disney trained adventure guides who lead families throughout the tour as well as historians and local experts who provide greater insight along various aspects of the trip

“Wherever we go, two specially trained Adventure Guides, along with a host of local experts, allow families to see, hear, touch and taste the history and cultures of destinations around the globe and in our own backyard. These dynamic family vacations are a natural evolution for the Disney portfolio, and take our legendary guest service beyond our theme parks and cruise line, to some of the greatest places in the world,” says Baklor.

Much of the tour is concentrated in the Western Cape and along the Garden Route, and vacationers still get to experience the jewels of the country – like views from Table Mountain. Highlights along the Garden Route will include wine tasting and lunching at wine estates.  Kids will participate in bead-making workshops as well as bush survival classes and snake and reptile demonstrations will prepare them for the Kapama Nature Reserve.

The five-star Kapama Lodge located within the Kapama Nature Reserve is one of the accommodation highlights of the tour. Lodges are situated in the wild, giving visitors a one of a kind natural experience. Amenities on the Safari to South Africa tour include accommodation at the Cape Grace Hotel in Cape Town, truly African evening entertainment exclusive spa treatments with the view of the African bush as well as getting up close and personal with elephants.

The United States is South Africa’s second largest overseas arrivals market after the United Kingdom. Arrivals from the Americas had shown consistent growth since 2002, and now stands at 255 822, making this region the second largest source market for South Africa.

Speaking at the launch of Tourism Month, Environmental Affairs and Tourism Minister Marthinus van Schalkwyk said, “Arrivals from the Americas have shown consistent annual growth since 2002 and this year there were over 26 000 more visitors arriving from the United States. This is an increase of 13.6% over the same period in 2007 when a total of 255 850 Americans visited South Africa.” As this initiative is family orientated there will be three generations of travellers visiting South Africa, presenting an opportunity for the tourism industry to influence young Americans.