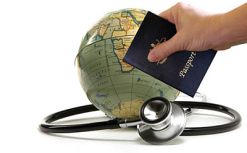 Medical tourism to South Africa is to
receive a government-driven boost.

South Africa has a proud medical track record, and now that record is to be enhanced as medical tourism swings into high gear.

Government plans to market the country as a cost-effective international destination for this lesser-known sector of the industry.

By the end of 2009, according to Deputy Tourism Minister Tokozile Xasa, a national strategy for medical tourism will be complete.

Xaba was speaking at the inaugural South African Health Tourism Congress, held in Johannesburg in July 2009 with the aim of further entrenching the medical tourism industry in South Africa.

The event attracted around 300 delegates from various divisions of the medical world, including insurance, hospital and government representatives, dentists, doctors, health facilitators, and healthcare providers.

While tourism’s contribution to the economy has doubled from 4.6% in 1993 to 8.5% in 2008, said Xaba, leisure tourism is reaching saturation point. This gives other tourism sectors the chance to develop.

The 1-million-plus people working in the tourism sector, she added, accounted for 7.4% of the country’s total employment figure.

Medical Tourism Association president Renee-Marie Stephano delivered the congress’s keynote address. In order to bring future patients into the country, she said, it is essential to have a well-established healthcare cluster aimed at tourists. Here, properly accredited medical professionals, hospitals and clinics, medical tourism providers and government can work together to promote the medical tourism sector.

This is especially important because the South African Medical Association currently prohibits brokers from making recommendations to patients, and also prevents doctors from openly or indirectly marketing their services.

Of the 9.5-million foreign visitors to South Africa in 2008, said Xaba, it is believed that about 410 000, or 4.3%, were medical tourists. These tend to be well-off people who can afford to travel abroad to meet their medical needs.

But there is room in the country’s clinics for more than twice this number, said congress chair Cawe Mahlati, advocate and CEO of Gauteng Tourism. South Africa can accommodate up to 1-million medical tourists, she said, and this makes it one of the destinations of choice for those about to undergo medical and cosmetic procedures.

Medical tourism, or the process of seeking out medical treatment in another country, is a fast-growing source of income. It covers both elective procedures and specialised operations such as joint replacement and spinal fusion.

About 50 developed and developing countries claim medical tourism as a national industry. South Africa has offered these services for some time, but only recently has begun to earn a higher profile for itself in this field.

The country is already recognised the world over as a land of diverse cultural and natural attractions. This is an extra bonus for medical tourists, who can recuperate while enjoying everything South Africa has to offer, right after they have checked out of their world-class medical institution.

Glasgow-based medical portal Medic8 said in a recent report that British tourists could expect to save up to 60%, excluding travel costs, by choosing South Africa as their medical destination. Furthermore, said Medic8, standards in South African clinics are as good, if not better, than those in the UK.

Most people come to South Africa for cosmetic surgery, but the country’s skilled surgeons can also provide organ transplants, cardiac, orthopaedic and obesity surgery, and dentistry.

South Africa has long been a world leader in medicine. In 1967 Dr Christiaan Barnard performed the world’s first successful human-to-human heart transplant, and catapulted South Africa onto the medical stage of the world.

Since then the country has remained at the forefront of medical innovation and today can boast of significant achievements such as the successful separation of Siamese twins, and the first African-developed HIV vaccine to go to trial in a developed country.

For those that can afford it, medical procedures in developing countries like South Africa, India and Thailand are the way to go. As opposed to the hefty US price tag of $130 000 (R1-million) for a heart bypass, for instance, the same procedure in Thailand costs $11 000 (R88 000). South African prices fall between the two extremes.

The country has the added advantage of English as one of its official languages, which is important because it promotes transparency.