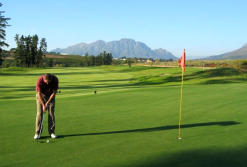 South Africa is highly recommended as a destination for businessmen to extend their stay and partake in the many leisure activities on offer.
(Image: Stellenbosch Wine Routes) 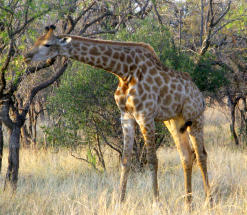 South Africa was ranked 30 out of 140 countries for the quality of its natural environment.
(Image: Janine Erasmus)

The country did not disgrace itself in the WEF survey, but there are numerous areas that can be improved.
(Image: World Economic Forum)

The World Economic Forum (WEF) has released its annual Travel and Tourism Competitiveness Report, which this year included 35 African countries.

Published under the theme Reducing Barriers to Economic Growth and Job Creation, the report evaluated a record 140 countries on the basis of the steps they are taking to develop their travel and tourism sectors, and to overcome barriers to this development.

The respondents were CEOs and business leaders in the 140 nations under scrutiny, as, says WEF, they are the ones making the investment decisions.

The report, explains the organisation, is based broadly on three main categories, namely regulatory framework; business environment and infrastructure; and human, cultural and natural resources.

Each pillar is further divided into a number of individual indicators, more than 75 in total.

The top countries were somewhat predictable – Switzerland, Germany and Austria were the top three, followed by Spain, the UK, US, France, Canada, Sweden and Singapore.

The top-ranking African country was Seychelles at 38, followed by previous regional leader Mauritius at 58, South Africa at 64 and Morocco at 71. South Africa gained two places since the previous report of 2011, up from 66.

Country one of the best for extension of a business trip

South Africa is ranked 3rd in the sub-Saharan region and 64th overall, gaining two places since the last edition in 2011.

The report’s executive summary cites the country as scoring high marks for its wealth of natural resources – here it came in 17th overall – and 29 for the policies and regulations that promote development of the tourism sector.

With 30 other countries, South Africa was joint first in the world for the presence of major car rental agencies. It scored well in the indicators of cost to start a business (3), its international transport network (14), and quality of air transport infrastructure (15). In the latter two sections South Africa fared better than the likes of Denmark, Spain, Canada, the US and Australia.

South Africa also excelled in the indicator reflecting whether or not senior executives visiting the country on business are advised to extend their trip with a leisure component. Here it came in as the top African nation and fourth overall in the world, beaten only by New Zealand, France and Austria. Morocco also made it into the top 10, at nine.

In the category of transparency of government policymaking – which indicates the ease with which businesses operating in a country have access to information about changes in government policies that could affect their activities – South Africa scored 35, coming in above developed nations such as Denmark, France, Spain, Portugal and the US.

Other categories in which the country performed well included 31 for government prioritisation of the travel and tourism industry; 46 for stringency of environmental regulation; 39 for the number of environmental treaties it has ratified; 39 for the number of ATMs that accept Visa cards, per million of the population; 58 for cultural resources; 46 for the quality of its railroad infrastructure; and 42 for road quality.