In a country that is passionate about sport, the Springbok Experience Rugby Museum displays the full story of rugby in South Africa. It opened in Cape Town on 24 September 2013 and has already been nominated for an international accolade. Visitors enjoy the high level of interaction offered within its walls. 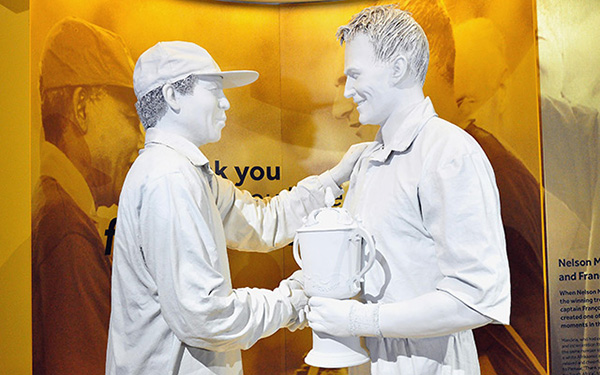 Sport is close to many a South African heart. Soccer, rugby, cricket, athletics, among any number of other sporting codes, get the adrenaline racing and the heart pounding. The nation takes immense pride in its sportsmen and women, many of whom excel in their fields.

South Africa’s love for rugby has expanded into the Springbok Experience Rugby Museum in Cape Town.

“We’re proud of our sport and our heritage, so we wanted to take that out to the public and let people get close to it,” Andy Colquhoun, the general manager of corporate affairs at the South African Rugby Union (Saru), told Cape Town Magazine about the museum.

A world away from the stuffy houses of historical facts and figures of old, a huge lure for visitors to the rugby museum is the high level of interactivity.

“It delivers a technology-driven ‘wow’ experience for visitors, combining iconic object, interactive games and a rich audio-visual component to tell South Africa’s story through the eyes of its most powerful sport,” informs the museum’s website. 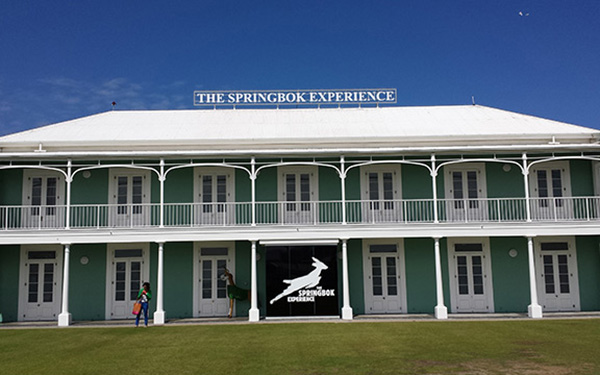 The museum is located at Portswood House at the V&A Waterfront in Cape Town. (Image: Springbok Experience Rugby Museum)

“As you enter through the Springbok tunnel, moving shadows of players walking beside you, you’re plunged head first into the experience,” reads the Cape Town Magazine website. “A crowd cheers overhead, a giant screen shows rugga (rugby) action before you.”

Colquhoun said the “big goal was to have wild excitement and movement and colour, not something static. It’s much more than just display cases and text.” He described the experience as immersive.

Travel blogger Tamlyn Amber also praised the interactivity. “There are even fun, rugby ball-shaped facts (which you flip up to read the answer) dotted here and there, that all serve to make for a more enjoyable and engaging experience,” she wrote, after her visit to the museum. “This is the perfect example of a modern museum.”

The good and the bad

There are artefacts that commemorate rugby’s highlights. Think of the boots Joel Stransky wore when he kicked that famous drop goal; that flag signed by the entire squad when they played New Zealand in 1937; that No. 6 jersey Francois Pienaar wore in 1995.

On the other hand, it also keeps in mind the darker aspects of rugby – how it was used as a force of division.

“The exhibit effectively weaves together the traditional account of white rugby with the often ignored tale of the development of black and coloured rugby before unity in 1992,” reads the Cape Town Magazine website. “So, even those who think they’re the ultimate fan are likely to learn about a side to the game they never knew existed.”

Through its social media accounts, the museum looks back on players and iconic moments.

Can you recall what these guys did for us 20 years ago? #1995reunited @flySAA pic.twitter.com/waosVhylj5

This is the oldest black African club in SA. But when were the founded? Find out here: https://t.co/c7SJX1gpbk pic.twitter.com/vgk7MHrmMV

In 2014, the museum was nominated for the International Award in the UK’s Museum and Heritage Awards.

“Visited the museum on our trip from New Zealand,” wrote Brian Damon on the museum’s Facebook page. “What a spectacular experience. Everything was so impressive and made me very nostalgic. A must to see for overseas visitors. Keep up the good work.” 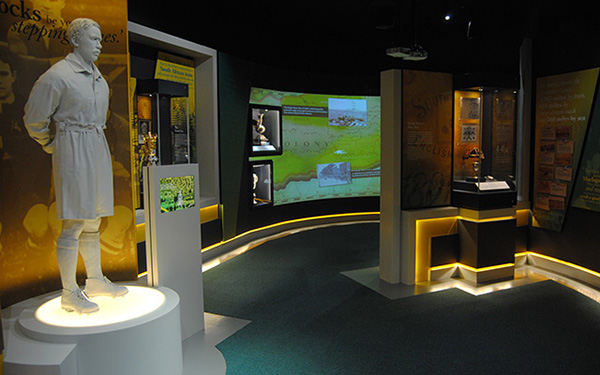 The museum has a nomination for the International Award in the UK’s Museum and Heritage Awards. (Image: Springbok Experience Rugby Museum)