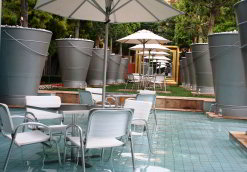 Archaeologists tell us that the world’s great metropolises have been thousands of years in the making. It’s a familiar pattern: early human settlements grew into villages, villages became towns, towns developed into cities and then sprawling conurbations. This model is borne out in common cliché – after all, Rome wasn’t built in a day.

Johannesburg, then, is something of an anomaly. Admittedly, it’s an exaggeration to claim. as casual histories often do, that the city “sprang up overnight”.

But it is fair to say that Johannesburg, eGoli, the City of Gold, grew faster than any major world city in the early 1900s. It went from mining camp to sky-scraping urban centre in just a couple of decades – the kind of exponential and, arguably, artificial growth that wouldn’t be seen again until the recent Dubai construction boom.

There are few other big cities of a comparable age; even the fairly young cities of America are older siblings to Johannesburg. Sure, the 20th century saw the establishment of pre-planned capital cities like Canberra and Brasilia, but these were carefully selected based on geographical considerations.

Johannesburg’s location, by contrast, can only be explained in geological terms. It is the world’s largest city that is not located on or near a lake, navigable river or sea port.

Its predominant natural feature is underground: the gold reefs that drew all those diggers and entrepreneurs in 1886 and for years afterwards.

Instead of expanding slowly and organically, Johannesburg grew quickly and chaotically and, despite the best – or worst – intentions of city planners before, during and after apartheid, that is pretty much how it has continued to grow.

Undoing the urban legacy of apartheid means both regenerating the old city centre and improving living conditions in peripheral townships that were created to enforce racial segregation. Public entities such as the Johannesburg Development Agency have taken on this task with vision and vigour, albeit with mixed success.

An equally significant part of any urban improvement, of course, is private investment. In some instances, capital is invested in projects that cater for inhabitants of the city across all levels of income. More often, following the principle that “money attracts money to make money”, impressive new buildings and commercial spaces are targeted at affluent consumers.

Unless you’re a dyed-in-the-wool socialist, this is not a lamentable phenomenon. On the one hand, it helps to attract international tourist and business interest; on the other hand, it affirms the self-belief of current and aspirant members of the middle- and upper-middle classes. And glamorous urban environments reinforce local and global confidence in cities and, by extension, in the countries whose economies are driven by those cities.

How to create such an environment in a city like Johannesburg? This was the challenge facing Nicholas Stopforth and his colleagues at the Melrose Arch Development Company as Johannesburg celebrated its centenary at the turn of the new millennium. There were many who were sceptical when Melrose Arch was introduced as a mixed-use precinct based on a high street concept which, as Stopforth noted, emphasises the pedestrian experience.

It’s all very well to try to combine leisure, office, retail and residential space into one self-contained suburb; but, the denialists warned, Johannesburgers – who are accustomed to travelling long distances between the places in which they live, work and play – love their cars. Yet 10 years and two phases of construction later, Melrose Arch has been embraced by the city’s well-to-do denizens as “the place to be and be seen” – and yes, this is its official status, designated by an award from a local lifestyle magazine.

Melrose Arch may have been conceived with the economically privileged in mind, but it remains an accessible public space. During the 2010 Fifa World Cup, for instance, “the Arch” became a popular football viewing spot and post-match party destination.

During the day and at night, almost all of those walking the streets of the precinct are visitors – from elsewhere in Johannesburg, from other corners of South Africa and, increasingly, from overseas.

Jewel in the crown

It makes sense, then, that one of the jewels in the crown is the African Pride Melrose Arch Hotel. As manager Joe Segers notes, a substantial number of their guests are regular business travellers. Many a million-dollar deal has been struck over drinks in the hotel’s Library Bar, which boasts roomy leather couches and makes even the thrifty traveller feel like trying a cognac and cigar.

Likewise, those who have an hour or two to spend indulging in the sumptuous breakfast spread are likely to see a few firm handshakes across the neighbouring tables.

The African Pride Melrose Arch Hotel is not just about business, however – far from it. Leisure travellers could lose days at a time on the pool deck, which is a feast for the eyes but also a great place to empty the mind, read a book or take a nap. The deck is dominated by a lane of trees planted in giant steel buckets. Patrons can drink and dine in the shade of their branches, while sitting on chairs in ankle-deep water. This is complemented by the exoticism of Bedouin canopies for those who want to lounge around. And, to ensure complete tranquillity amidst the city bustle, there’s a Japanese garden adjacent to the pool.

Inside, architectural firm TPS.P Architects have added further distinctive design features. The hotel is a mixture of contemporary minimalism and quirky style: from high ceilings and striking light fittings in the lobby and dining areas, to muted lighting in the lifts and passages, to further art deco flourishes in the rooms.

For Segers, what makes the African Pride Melrose Arch Hotel most interesting is the people who pass through its doors – and it is population, above all, that gives any urban environment its character. Years and years of feet trampling pavements, of hands opening doors, of voices echoing down lanes. The fabricated environment of Melrose Arch boasts bold architecture, comfortable living, fine dining and plenty of shopping; what it needs to complete the equation is people over time.

It is estimated that, by the end of 2012, the extended precinct will have 20 000 people passing through it on a daily basis. As for time … well, Rome wasn’t built in a day.