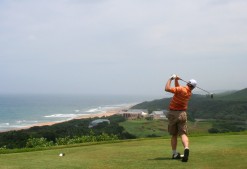 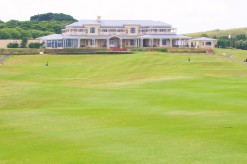 A favourable climate and wealth of pristine scenery make golf a popular sport in South Africa, with enough course designs and terrain to suit all handicaps.

Prince’s Grant, a premier golf estate in KwaZulu-Natal province, is but one of the many choices on offer. With so many South African place names linked to royalty, first-time visitors to the resort could be forgiven for thinking that Prince’s Grant takes its name from some imperial benediction or other.

A cursory glance at some of the country’s place names seems to suggest an almost national obsession with royalty: Chiefs, amaKhosi in isiZulu, and other traditional leaders provide one set of descriptors: from the new King Shaka International Airport near Durban, to the Chief Maqoma heritage route in the Eastern Cape and 2010 Fifa World Cup venue, the Royal Bafokeng Stadium in Rustenburg, North West province.

Then there are the designations that date back to the colonial era and the days before the country became a republic, alluding to successive generations of British monarchs: King William’s Town (that’s William IV); George (King George III, in case you were wondering); Queenstown (named after Victoria); Prince Albert (after her husband), as well as Port Edward and Kind Edward School (in honour of a visit in 1925 by the Prince of Wales, who later became King Edward VII).

But the story behind Prince’s Grant is altogether less regal. George Wilson Prince acquired the land by “deed of grant” in 1856 as a sub-division of a much larger farm called Hyde Park.

Later, in the 19th century, indentured labourer-turned-property tycoon Babu Bodasing bought the farm. It stayed in the Bodasing family for many years, and they remain shareholders of Prince’s Grant Holdings today.

The course at Prince’s Grant is consistently listed in South Africa’s top 20 in the annual ranking conducted by Golf Digest magazine – no mean feat, given the many world-renowned courses located across the country. It also hosts the annual National Amateur Championship, the SAA Pro-Am as well as other local PGA events.

Designed by top South African course designer Peter Matkovich, Prince’s Grant was opened in 1994 and has grown into one of the country’s most prestigious coastal golf estates. It’s nestled on lush stretch of land along the northern coast of KwaZulu-Natal, about 75km or 45 minute’s drive north of Durban. Attractive holiday houses have been constructed on about half of the 460 residential stands, and many of these are available for rent by golfing parties and other visitors.

The lodge at Prince’s Grant is a four star bed-and-breakfast facility with 15 rooms looking out over the course. As a holiday destination, Prince’s Grant also offers a pristine private beach, canoeing on the lagoon, health and beauty treatments, tennis and squash courts, swimming pools and conference facilities – but golf is without doubt the major drawcard.

Gems of the Dolphin Coast

Prince’s Grant is one of a handful of highly rated clubs on the Dolphin Coast of northern KwaZulu-Natal. These include the Tom Weiskopf-designed Zimbali Country Club, two courses at Mount Edgecombe, as well as Simbithi Country Club and Umhlali Golf Estate near Ballito.

Clubhouse and lodge manager Dereck Hirson says that it is difficult to relate Prince’s Grant with these courses. On the one hand, they occasionally work together, combining their marketing capacity to bring golfers and other tourists to the area. After all, the Dolphin Coast is a little out of the way for many travellers. But, on the other hand, they are essentially competitors in a limited market. And golf tourism is as affected by local and global recessions as any other sector.

The course at Prince’s Grant is a challenge for scratch golfers, so it’s to be expected that high-handicappers, like myself, will find it tough going.

Course management is key. At just under 6 000m off the club tees, it doesn’t require big drives, but it does demand accuracy. The rough can be unforgiving, and there are large tracts of out-of-bounds territory snug against the fairways. Take extra balls!

It’s also wise to pay attention to the playful monikers given to each hole. For example, listen to the advice implicit in the nickname for the par-four 13th hole, which makes a dog-leg up a blind rise. It’s called “Stay Right”. I didn’t, and paid a heavy price. Fortunately, I was warned to keep calm on the first hole, “Temper Tantrum”, and managed to retain my composure even after I fluffed my drive right in front of the clubhouse.

The 14th, “Windy”, is just that – but, to be fair, so is much of the course. Upcountry golfers should remember the golden rule when playing near the sea: take a lower club than you usually would, or you’ll end up short every time.

Having said all this, perhaps the best counsel to follow is the old saying about not letting a round of golf become “a good walk spoiled”. The course offers unrivalled vistas over the ocean and surrounding fields. The signature 15th hole, for instance, drops dramatically from an elevated tee to a narrow fairway hundreds of feet below. When the views are this spectacular, you shouldn’t worry too much about your score.