Creative couple Chanel Cartell and Stevo Dirnberger have given up ad agency jobs and careers to travel the world and, as they go, chronicle the journey online through writing, illustration, design and photography. 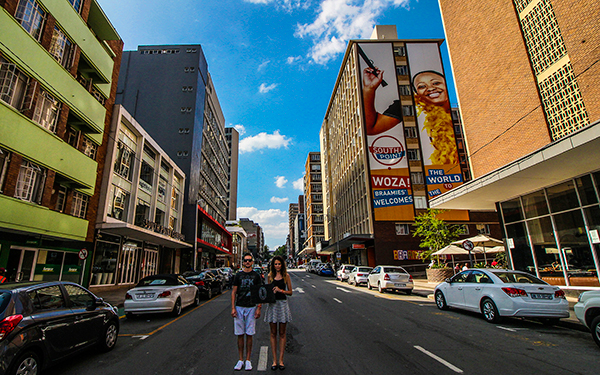 Joburgers Chanel Cartell and Stevo Dirnberger mark off how far from home they are by writing the kilometres on a board, on their around the world trip. They started their boards in Joburg. (Image: Supplied)

Many dream of giving up their nine-to-five jobs to travel the world, but two Joburg advertising executives have done more than dream. On a trip from the Arctic Circle to the Mediterranean coast, with Asia and Oceania next, they are creatively charting their journey online. At significant destinations they snap a photo of their progress, holding a board showing how many kilometres they are from South Africa’s City of Gold.

For 10 years Chanel Cartell (30) and Stevo Dirnberger (29) worked in the ad industry as a creative and art director, respectively. They now call themselves “creative experientialists” and are chronicling their “How Far from Home” journey on their blog and Instagram account. “It’s always been something we’ve strived towards, but constantly found ourselves saying ‘one day,'” they said.

Cartell enjoys design, and Dirnberger loves to illustrate, so they combine these skills with their passion for photography on their blog – where they experiment with creative writing – and an Instagram account.

It all started at the 2014 Design Indaba when they attended a talk by Stefan Sagmeister called “The Power of Time Off”. Cartell described Sagmeister’s presentation as life-changing.

“In it he explained how he closes his New York design agency every seven years to take a creative sabbatical,” she said. “After hearing the talk, we both agreed it was time we turned ‘one day’ into something tangible.

“We loved his idea that you should spread your retirement years throughout your lifetime, and after having been in the branding and advertising industry for nearly a decade, we figured it would be a good time to take our first creative sabbatical.”

Giving up their lives in South Africa was a long process. “Yes, even we procrastinated our dream,” Cartell confessed.

They compiled their “wander list” – their version of a bucket list – and started to pool their savings and make small sacrifices to turn the dream into reality. “We stopped going out as much, and placed all disposable income into a separate account.”

Dirnberger had already been diligently saving for five years, while Cartell started to save about 15% of her salary in 2014. Selling their furniture and appliances helped with extra cash.

In their year of preparation they stayed motivated by reading extensively, including James Wallman’s Stuffocation and Miki Agrawal’s Do Cool Shit. 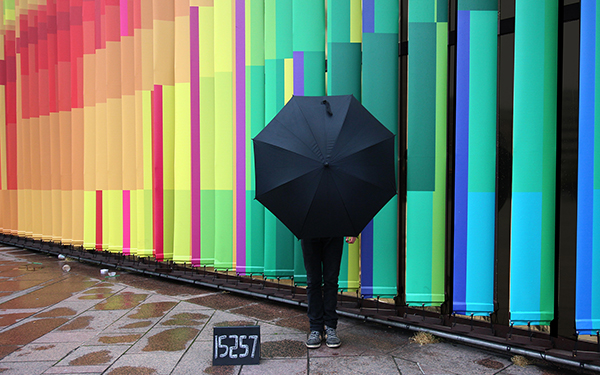 And off they go

In March, the couple they boarded a plane to Salzburg. Their time in the old Austrian city was one of their strangest experiences, Cartell said, because they had to unlearn the hustle and bustle of Joburg.

“We adapted to the odd feeling of being completely independent, and created a new seven-to-nine routine,” she explained. “Our time was filled exploring the town of Salzburg, taking classes on Skillshare and creating art.”

Time to experiment and create art is one thing they love about their journey. They also enjoy exploring cities and new cultures. They have met new people, learned new skills and made new friends.

They have stuck to their wander list, which currently highlights the European countries where they both have family.

“We’ve explored most of Scandinavia (Norway, Sweden, Denmark), some of central Europe (Austria, Germany), are currently in southern Europe (Greece, followed by Italy), and plan on heading south to Australia and Thailand later this year.”

The travelling couple have done things they would not and could not have done in Johannesburg. Highlights include going to the Arctic Circle and living with – and looking after – 70 huskies. An evening road trip in northern Europe was taken under the midnight sun.

They summited the Untersberg in the Austrian Alps and cooked a 12-course meal with a top chef in Norway. Waking at 3am to take scenic drives along lakes in central Sweden, spotting fox cubs, reindeer and moose was another memory. 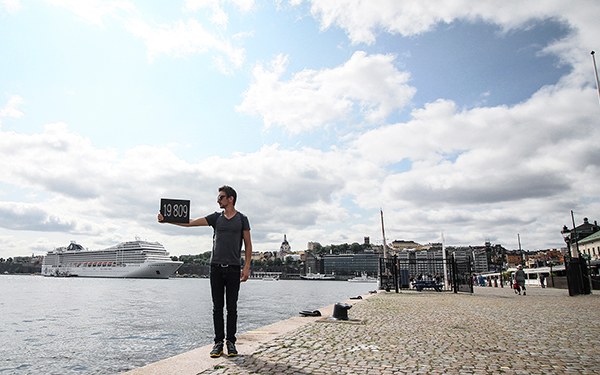 Some of the best food they have eaten is all 19 courses at Noma, the acclaimed two-Michelin-star restaurant in Copenhagen, Denmark.

But they did not enjoy eating whale meat in Norway: it “was tasty, but we felt odd eating it”. Traditional fish butter in Salzburg was also less than desirable. But the Austrian beer Stiegel got the thumbs up.

Pitfalls on the journey

Without regular salaries, the budget has been a challenge. “We’ve already spent more than we intended to, so things will get interesting when we run dry,” Cartell said. But she was hopeful and positive because she reckoned creativity should help them solve any issues.

Another problem was the language barrier – they did end getting a little lost. Ultimately, she said, it was about balance – “balancing the high highs of having all the freedom in the world, with the low lows of demotivation and occasional doubt”.

Through it all though, there are things about South Africa they miss – Dirnberger craves boerewors rolls and biltong while Cartell misses original rooibos tea.

“We also get really excited when we hear the South African accent,” she added. “We recently crashed a wedding in Athens and were very happy to hear South Africans and South African music. Mandoza is a hit at Greek weddings, it seems.”

The two plan to return to South Africa in February 2016 for a wedding and a meeting. “But besides those two commitments we have no plans. We quite like the unknown and have learnt to go with the flow, so only time will tell.”

You can do it too

They believe that humans were born to explore and create, and that money spent on travel should be seen as an investment in personal growth. “Experiences and memories are worth so much more than the ‘stuff’ we accumulate with money we make, and it’s not what our hard-earned money and time should be spent on,” she added. “No matter how, everyone should make a concerted effort to explore and create daily.”

Taking the plunge is the toughest part and they advise that if you are brave enough to leave everything behind, it is best to enjoy the journey once you are on it. “There will be moments of struggle and doubt, but the important thing is to reflect constantly, reminding yourself why you went on the journey in the first place,” Cartell said.

It was also important to learn something new and to get out of your safe and comfortable routine. “Talk to locals and give yourself creative briefs to complete.”

Staying true to themselves has allowed Cartell and Dirnberger to travel 24 567km from home so far. “We have a final number in mind, but let’s see!”