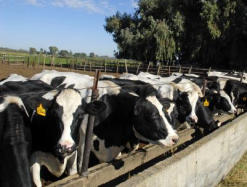 Dairy producers and policy makers from around the world are gathered in Cape Town to discuss innovation, development and best practice in dairy. 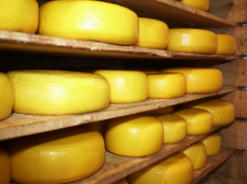 South Africa is hosting the annual World Dairy Summit for the first time. This year’s event takes place during the first week of November under the theme A World in One Country, an indication of South Africa’s diversity.

The summit is held under the auspices of the non-profit International Dairy Federation (IDF), a 109-year-old Brussels-based organisation whose membership accounts for about 86% of all milk produced worldwide.

More than 1 000 delegates from 56 IDF member countries are expected to pass through the doors of the Cape Town International Convention Centre between 4 and 8 November.

The IDF’s mission, according to the organisation, is to assist the dairy sector worldwide by providing scientific knowledge and expertise to support ever-better milk and dairy products.

The annual summit is one of its tools, affording delegates an opportunity to network and learn about the latest technological and scientific developments in the industry. It also contributes to the benchmarking of countries in terms of their dairy policies and international trade issues.

The South African dairy industry is a full member through the local national IDF committee.

With 11 discussions held over the four days, topics on the agenda include animal health and welfare; the socio-economic benefits of a strong dairy sector for emerging economies; sustainability; marketing; and issues around food safety and security.

Delegates will be able to share the views of top executives from major dairy companies around the world at the World Dairy Leaders Forum.

“This 2012 World Dairy Summit brings together producers, processors, technical experts and various other stakeholders to deliberate the challenges of the sector, and also to share experiences and best practices,” said agriculture minister Tina Joemat-Pettersson, opening the proceedings.

She added that the event’s theme was even more relevant for South Africa because the country supports various types of milk farming systems, from intensive total mixed ration to grass-fed and dairy ranching.

Joemat-Pettersson said that her department helps emerging farmers – including women – to gain access to finance and markets, and encourages them through initiatives such as the annual Female Entrepreneur Award, which rewards women farmers for their progress in the sector.

“The issue of emerging famers is a topic close to my heart, as we continue with our efforts to reverse our country’s unpleasant history of discrimination and disempowerment,” she said. “Furthermore, the gender question will continue to assume greater prominence during this century, also in the sphere of agriculture.”

Delegates won’t spend all their time in the conference hall – a number of technical tours are arranged, where visitors can see the dairy industry in motion, from production to retail. On offer are trips to the Fair Cape farm and factory; the distribution centre of retailer Woolworths; spaza shops in the area; the Mooivallei grazing farm and cheese factory, Parmalat’s factory in Parow, the fourth-generation Klipheuwel farm; Stellenbosch University’s Welgevallen Experimental Farm; and cheese farms in the Bonnievale valley.

According to Melt Loubser, chairman of the organising committee and president of the local chapter of the IDF, South Africa’s dairy industry is well developed and world class, and as well as meeting local demand, it exports dairy products to a number of African countries.

The South African dairy industry is the third largest livestock sector in the country and has an estimated annual turnover of R10-billion (US$1.1-million). With a total of 2 347 milk producers in the country supplying more than 2.6-billion litres of milk to the nation, over 30 000 people have found employment in the industry.

The dairy industry is not afraid to use technology to improve its products and also the way in which it operates. At the IDF’s 2011 Innovation Awards held in Parma, Italy, South African dairy companies were finalists as well as winners.

Milk South Africa’s Consumer Education Project walked off with two first prizes for its innovative advertising and marketing campaign, while Fair Cape was named a finalist in the Best New Dairy Drink and Best New Functional Dairy Product categories, both for its innovative rooibos-dairy combinations.

Also in 2011 the Eastern Cape’s Coega Dairy announced that it had the smallest carbon footprint of any southern hemisphere dairy, thanks to a R50-million (US$5.7-million) investment in technology that allows it to produce long life milk more efficiently.

In 2012 Fair Cape again took the lead by publishing its carbon footprint on its Eco-Fresh milk bottles, thereby assuring consumers that it cares not only for them, but also for its cows and the environment. 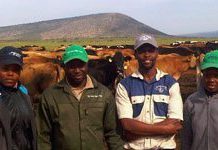 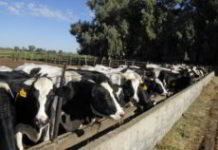 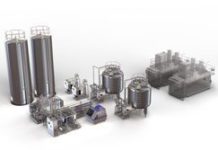