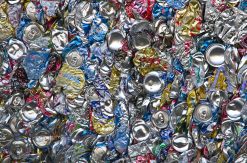 The clean-up campaign will address a
number of social and environmental issues.
(Image: stock.xchng)

South Africa’s border areas and the communities living there are to receive a “green” boost in the form of a clean-up campaign, which is being driven by the Department of Water and Environmental Affairs.

The campaign was launched at the South Africa-Zimbabwe border post of Beitbridge in October 2009 by South Africa’s deputy minister of environmental affairs, Rejoice Mabudafhasi, and her Zimbabwean colleague, Environmental Minister Francis Nhema.

The theme was “Cleaning our borders for a healthy society and environment”, and a number of trees were planted on both sides of the border to commemorate the occasion.

The initiative will focus on waste management, air quality, climate change, and the importance of establishing strong ties with neighbouring nations to achieve sustainability and economic growth, as well as an attitude of tolerance.

There are plans to extend the campaign to other communities along South Africa’s borders, namely those in Botswana, Lesotho, Swaziland, Namibia and Mozambique.

This is the first such environmental drive to involve Southern African Development Community countries, said Mabudafhasi, speaking at the launch ceremony. She added that it will be used as a tool to heighten communities’ awareness and responsibility towards keeping their own immediate environment clean.

It is targeted at border communities, she explained, because of the constant movement and mingling of people from different nations. As such, it is also an ideal platform to encourage people to fight xenophobia as they work together towards a common goal.

In April and May 2008 South Africa was rocked by a series of violent xenophobic attacks against foreign residents, mainly in townships and informal settlements, which left scores dead and thousands homeless. Many victims were Zimbabwean.

At the launch Nhema also committed himself to ensuring that South Africa and Zimbabwe work together towards a clean and healthy environment, saying that the relationship forged would unite the two countries.

In terms of South Africa’s Constitution, all residents have a right to live in an environment that is not harmful to their health. One of the prerequisites of a higher standard of living for Southern African citizens is a sustainable environment, said Mabudafhasi, and this is why it forms one of the pillars of the campaign.

She said there were many opportunities in waste management, and the campaign will highlight this as viable means of generating an income. Encouraging people to start their own recycling projects will also result in cleaner communities.

Speaking with one voice

Mabudafhasi took the opportunity to remind those present at the launch that South Africa was a signatory to the Kyoto Protocol and the United Nations Framework Convention on Climate.

Under these two instruments, the country has a responsibility to cut down on its greenhouse gas emissions if sustainable development is to be achieved. The introduction of waste recycling projects in villages, townships, and rural areas was critical to this goal, she said, as it would help offset the amount of methane gas generated by open dumps and landfills, and reduce harmful nitrogen that is given off by fertiliser and livestock dung.

Africa simply does not have the resources to invest heavily in climate change mitigation, and the effects of this phenomenon are tightening their grip on the continent: untimely drought and flooding now pose a real threat to African plants, animals and ecosystems, while its people feel the growing bite of poverty.

Although waste recycling is a start, the continent still needs international support to address these challenges. If its interests are to be considered, it must be a vocal and active participant at the upcoming UN climate conference, taking place in Copenhagen, Denmark, from 7 to 18 December. This is the 15th edition of the Conference of the Parties, or COP15.

“As the most vulnerable continent we are have to speak with one voice. We are among the ones likely to bear the brunt of climate change the most. Our continent is one of the areas where the adverse effects will be felt,” said Mabudafhasi.

Soon after the launch of the clean-up campaign, the deputy minister attended a conference of gender and climate change in Addis Ababa, Ethiopia, held as part of the Global Gender Climate Alliance movement.

This is an initiative of the Women’s Environment Development Organisation and a number of UN agencies such as the UN Development Programme, the UN Educational, Scientific and Cultural Organisation, among others.

At the conference delegates discussed the gender implications of climate change. Men and women are affected differently by it, with women usually coming off worse because of social and cultural inequalities. But, it was noted, women are powerful agents for change and should have a stronger voice in environmental discussions.

Much of the conference focused on areas outlined in the Bali action plan, which was adopted at the 2007 UN Climate Change Conference in Bali, Indonesia, as part of the strategy towards a globally binding agreement in Copenhagen in December 2009. Bali 2007 included the 13th Conference of the Parties gathering.