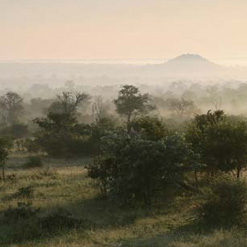 Conservation Corporation Africa (CC Africa) is driven by its philosophy of “in order to do well we must do good”. To this end the company balances its luxury holiday offerings with responsible tourism, community empowerment, and sustainable conservation development.

CC Africa is built upon the model established 82 years ago at the company’s flagship game reserve, the world-renowned Londolozi (a Zulu word meaning “protector of all living things”). Even then it demonstrated that the business of wildlife could be economically viable through carefully managed, low-impact, high-yield tourism.

South Africa, with its abundance of wildlife and its scenic beauty, has since become a sought-after destination for travellers looking for something different. However, it is important to minimise the impact upon the natural environment, not only for the benefit of visitors but for the generations of the future.

Says Valeri Senekal of CC Africa, “We recognise that wildlife and conservation can thrive alongside each other with the communities’ buy-in. So instead of merely farming the land we preserve its natural state, to the advantage of all involved. We work closely with the communities around our lodges to educate them about the importance of conservation.”

This falls in line with the company’s belief that economic development of the areas in which it operates is crucial to the maintenance of bio-diversity. Co-operation with communities, who in many cases own the land on which CC Africa’s lodges are built, results in benefits for both parties.

One of CC Africa’s success stories is Phinda (“the return” in Zulu). The private game reserve in KwaZulu-Natal, established in 1991, become the subject of a land claim whereby two-thirds of the land came under dispute. After much discussion CC Africa decided not to oppose the claim because, as CEO Steve Fitzgerald said, while it was important to carry on business to ensure profitable ecotourism in the area, it was not crucial to actually own the land.

Negotiations with community leaders resulted in a settlement that was acceptable to both parties. On 11 August 2007 at a ceremony attended by South Africa’s Minister of Land Affairs Lulama Xingwana, and chair of the KwaZulu-Natal House of Traditional Leaders Dr Mangosuthu Buthelezi, CC Africa signed the land over to the community and promptly leased it back for a 72-year term. Dr Buthelezi hailed the agreement as a win-win situation.

CC Africa has initiated several successful conservation and community upliftment initiatives. These include Positive Health, The Goal is Life, and Sing for Life.

Positive Health was inspired by American-born David Patient, who was diagnosed with HIV is 1983 and is still living a healthy life 25 years later. Patient now lives in Nelspruit in Mpumalanga and is involved in ongoing HIV-Aids education, including Positive Health.

The Positive Health programme was launched in 2003 around the ever-present HIV/Aids pandemic, and aims to educate lodge staff and their families about the benefits of good health and how it can help in the fight against HIV. Staff pass on the message at home, which in turn benefits the communities as they learn about planting vegetable gardens and living healthy lifestyles while maintaining a positive outlook.

The company holds workshops and provides dietary supplements and reading material to all involved. With over US$100 000 invested in laying the platform for Positive Health, the programme is now run in over 45 of CC Africa’s lodges in South Africa and other countries across the continent. According to programme co-ordinator Elsje van Wyk, it has reached 30 000 people in South Africa, Kenya, Tanzania, Botswana, Namibia, Zimbabwe and Zambia.

The Goal is Life taps into South Africans’ enthusiasm for football. The programme organises soccer challenges within CC Africa’s lodges. Says Senekal, “This programme gives our staff something to work towards – a goal. We engage with well-known local stars such as Mark Fish to visit our lodges and play football with the staff, but the celebrity will also give a talk on the importance of having goals that are worth living for, especially if you have a dread disease. The overall winner of our football challenge will receive tickets to the 2010 Fifa World Cup.”

However, the company has realised that not all their staff are football-mad, and has introduced a third programme named Sing for Life. “This is aimed primarily, but not exclusively at our ladies,” says Senekal. “The first year of the programme has just come to an end. We ran it at our lodges across Africa, getting our staff together in choirs to perform songs from a number of genres such as traditional and gospel. We also encouraged them to write their own songs.”

The best choirs from all regions went forward to the gala evening which was held at the Theatre on the Track in Kyalami in January 2008 and featured six colourful African cultures – Xhosa, Zulu, Swazi, Shangaan, seTswana, and Tanzanian.

According to Senekal, visitors to CC Africa’s lodges often become so inspired that they wish to help even after they’ve returned home. The Africa Foundation is the non-profit arm of the company that was set up in 1992 to disburse donations made by guests and supporters from around the world.

Focusing on community equity, income generation, education, and health care, the Africa Foundation has worked in 26 rural conservation communities across Africa, and touched the lives of over 300 000 local residents

To date over US$4-million has been channelled into community development projects such as the Community Leaders Education Fund, which offers partial funding for tertiary education to students from rural communities around CC Africa’s lodges, and the Conservation Lessons programme for schoolchildren.

Archbishop Emeritus Desmond Tutu and his wife Leah are patrons of the organisation.