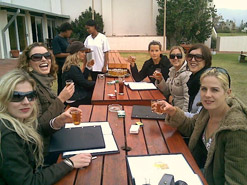 Nothing beats beer tasting out on the lawn
on a sunny day. 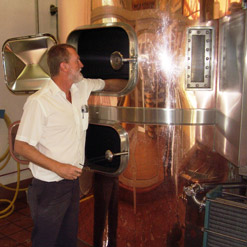 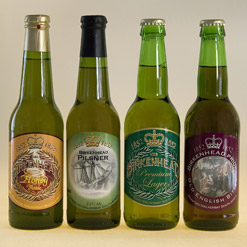 The world is waking up to the fact that South Africa produces great wine, with Barack Obama toasting his inauguration with Graham Beck sparkling wine and Eric Asimov, The New York Times’s wine guru, singing the praises of Western Cape wines.

What is less well known is that the country also has excellent independent breweries. And we’re not talking about the giant SAB Miller here; we’re talking small boutique breweries tucked away in pretty country towns.

KwaZulu-Natal even has its own beer route, which encompasses about half a dozen micro-breweries, as well as good old SAB Miller and – interestingly – the National Sorghum Brewery. No brewery tour of Zululand would be complete without tasting traditional homemade sorghum beer.

The Cape can’t compete in terms of numbers, but the tradition of micro breweries goes back quite a way in that part of the world. Mitchell’s Brewery, started in Knysna in 1983, was one of the first micro breweries in the country. Initially, the beer was only sold in locally, but demand soon necessitated a satellite brewery in Cape Town’s V&A Waterfront, and now distribution is quite wide.

They stayed pretty much the only competition to South African Breweries for a long time (not that SAB was exactly nervous). It was only in 1998 that the Western Cape’s second micro brewery started up.

The little town of Stanford, between the coastal towns of Hermanus and Gansbaai, is the ideal place for a brewery. That’s mainly because it has the one really essential ingredient – a reliable source of pure water. The Stanford Eye, the second biggest aquifer in South Africa, supplies all the water for the brewery, as well as enough to for a bottled water line and the town of Stanford’s drinking water.

It was to take advantage of this amazing resource that the Birkenhead Brewery was established in Stanford. They started off making 12 different beers, but that was a bit much. When the new owners took over in 2002, they cut it down to three, and it’s slowly been built back up to six. Well, six and a half.

The six beers are Pride (an English-style bitter), Honey Blonde Ale, Malt Stout, Birkenhead Pilsner, and Premium Lager. The half a beer is not actually half a beer, perhaps it’s a beer and a half. It’s called Red Reloaded – a lager base with added taurine and caffeine – basically beer-flavoured Red Bull.

Brewmaster Andy Mitchell explains why they decided to produce such an unusual drink.  “There was a crowd in the UK called Red Square who got us to do it under licence, and then they didn’t want it so we carried on making it here. It has a slight citrus flavour. It’s not a big seller.  About 1 000 litres a month.”

The brewery use a variety of hop cultivars, says Mitchell.  “The main one is the Southern Promise from SAB Hop Farms in George.  We also import Goldings and Fuggles from Kent, Saaz from the Czech Republic, and then Cascade and Perlé from Germany.

“About 80% of our beer is sold as draft,” he says. “And, except for Reloaded, they are all pure beer – no additives, all natural. We do pasteurise our beer, which gives it up to nine to 12 months’ shelf life.”

While beer is the flagship product, they do a lot more.

“We bottle a cider,” says Mitchell. “We have it made in Grabouw on an apple farm. It’s a real cider made from 100% pure apples. It’s brought here by tanker, we filter and bottle it. It’s called Birkenhead Troopship Cider.

“We also do mineral water.  We pull directly from the Stanford Eye.”

They’re also doing wine – or halfway to doing so. It seems strange to drive through a vineyard to get to a brewery but, when the new owners took over in 2002, they planted vines.

“We’ve had two harvests so far, with the third one coming up,” says Mitchell. “We are currently not making the wine here, we’re making it at Raka [a nearby winery], but they’re our vines. Once we get to 80 tons we’ll put our own cellar in here. At the moment it’s about 50 tons. So probably in two years time.”

Birkenhead Beer is obtainable in many places in the Western Cape but – sorry folks – not further afield.

There’s a lot more to a visit to the Birkenhead Brewery than tasting and buying beer – although many people may wonder if there can be more to life than beer, anyway. There’s also a restaurant and – the best part – you can do a tour of the brewery and find out how beer is made.

First the barley is malted, then it’s mashed up with that wonderful water from the Stanford Eye, then it’s lautered – basically sieved out to separate the liquid from the grain. The liquid, which is called “wort,” is then boiled, and hops are added. It’s the hops that give beer its flavour.

After cooling, it’s fermented, matured, filtered and packaged into bottles or kegs. The fermentation is the most important part. This is done by adding brewer’s yeast to the wort, and carefully controlling the temperature so that it ferments but doesn’t go rotten. The fermentation process converts sugars into alcohol, which gives beer the kick, and carbon dioxide, which gives beer the bubbles.

That’s the mundane description of fermentation. The 19th century chemist, Friedrich Woehler, had a far more interesting explanation, documented in the Annals of Chemistry, Volume 29, 1839.

According to Woehler, “Beer yeast, when dispersed in water, breaks down into an infinite number of small spheres. If these spheres are transferred to an aqueous solution of sugar they develop into small animals. They are endowed with a sort of suction trunk with which they gulp up the sugar from the solution.

“Digestion is immediately and clearly recognisable because of the discharge of excrements. These animals evacuate ethyl alcohol from their bowels and carbon dioxide from their urinary organs.

“Thus one can observe how a specifically lighter fluid is exuded from the anus and rises vertically whereas a stream of carbon dioxide is ejected at very short intervals from their enormously large genitals.”

I’m not sure how much tasting he’d been doing before he came up with that one. But I think I’ll stick to wine, anyway. Just in case. 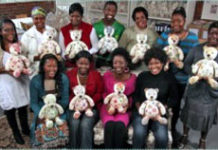 Sudan brews its own beer industry