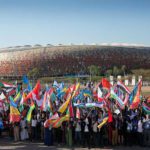 The One Young World experience 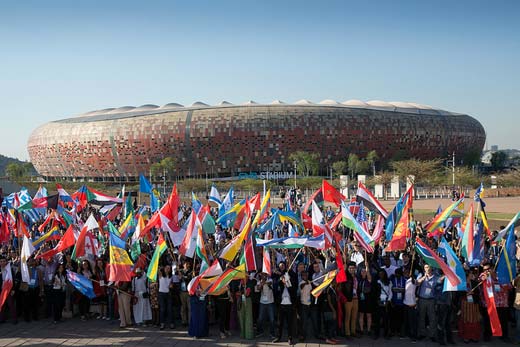 The fourth One Young World Summit held recently in Johannesburg was a tremendous success.

The plenary sessions with various industry leaders were exceptional and covered global business, entrepreneurship, civil society and government as well as recreation and sports.

The information and experiences shared were uplifting as well as inspiring and motivating. Participants were able to engage in open-dialogue discussions on socioeconomic issues such as sustainable development, youth unemployment, education, global business, leadership and governance, human rights as well as transparency and integrity.

One of my favorite sessions – well, there were countless, to be honest, but the one that stood out and resonated with me the most was the session with the phenomenal Dr Muhammad Yunus on social business.

I founded the Young Social Entrepreneurs Academy, a pan-African social enterprise start-up in November 2012, close to a year ago now. When I did, I had a vision, a vision that consisted of ideas, inventions and creative illustrations driven by my imagination. It was a vision I believed nobody else in the world would ever have. The vision manifested each day, involving the planning of new strategies, evaluation of goals and objectives, and the creation of a propelling mission statement and plan of action.

All that still exists. I realised during Dr Yunus's opening talk at summit – which was held at Soccer City and was attended by over 1 200 delegates from 190 countries around the world – that all the delegates who had flown in from all over the world to be together in Johannesburg for that particular week, also had visions of a greater future.

Everyone has ideas, innovations, goals, ambitions and set objectives they want to accomplish. All in all, we all share the same vision – and that is to change the world; to visualise a world that we want to see, and create it for our generation and the next generation to come.

Now, as a young and emerging social entrepreneur, getting words of encouragement from an experienced professional in the field of social entrepreneurship is exciting and daring. Muhammad Yunus shared how social business was rapidly changing communities and providing a better life for all. He inspired delegates to think about the eradication of poverty and ensuring that we live with the motto, "impossible is nothing" by reiterating, "we can make the impossible - possible."

Well, that gave me a leap of faith to hold on to and practise right after the summit.

In addressing pressing socioeconomic challenges, Kofi Annan reassured us that indeed, we have "the knowledge, resources and capabilities to overcome these challenges". What was needed to make the change happen, while ensuring that our voices are heard, was "effective political leaders and effective democratic institutions".

(Well done to the launch of the School of Goverment in South Africa, just weeks after the One Young World summit. Such an institution, that replaces the Public Administration and Leadership Academy, hopefully aims to achieve that and many other goals and contribute to social and political governance, leadership and the advocacy sectors.)

Bob Geldof, an icon who many look up to, was as assertive as always and like many others would say, if you really want to get things done, "Go on with it, get sh*t done".

Besides the plenary sessions, the summit had an official welcome, where all the individuals who helped make the summit a success were welcomed and thanked, including the Councillors. A message from keynote speakers and the mayor of the City of Johannesburg was delivered.

Later on, the Soweto Gospel Choir was joined by songbird and South Africa's very own internationally renown singing sensation: Lira, who blessed the masses with her hit single, Feel Good. (Oh, we certainly did FEEL GOOD alright!) 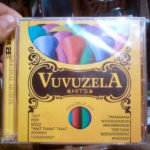 From a fishmonger's in northern Holland to a statue in Helsinki, a protest against the Central Bank of Iceland, a drumming circle in Toronto, and Canada Day celebrations in Ottowa, South Africa's once-vilified vuvuzela is taking over the world. View our photo gallery of the invasion.
• Gallery: Vuvuzelas conquer the world! 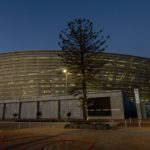 From a stadium in Oregon to a beer garden in Germany, a pro-democracy demonstration in Hong Kong, a gay pride march in Seattle, and 2010 Fifa World Cup fan fests everywhere, South Africa's once-vilified vuvuzela is taking over the world. View our photo gallery of the invasion.
• Gallery: Mandela meets Bafana Bafana 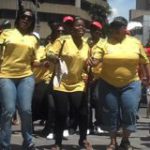 10 Mar 2010
Maude Street, Johannesburg came alive with the sounds of vuvuzelas and whistles as South Africa 2010 fans gathered to celebrate the start of the 100-day countdown to the Fifa World Cup. Lesego Madumo was there with his camcorder. Want a hint of the party in store for the footballing world come 11 June? Check the video. 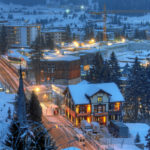 The Rainbow Nation was in a party mood on Tuesday 2 March in an exuberant and colourful celebration marking 100 days until the kickoff to South Africa’s 2010 Fifa World Cup.
• Photo essay: The People’s Bus 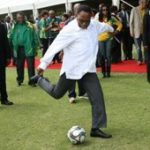 30 Oct 2009
Diski dancers and vuvuzelas rocked the Union Buildings in Pretoria on Friday as Deputy President Kgalema Motlanthe and a host of Cabinet ministers joined 2010 ambassador Lucas Radebe, mascot Zakumi and a host of other VIPs in a colourful endorsement of the Football Fridays initiative. 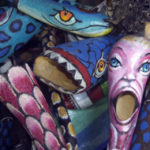 South Africa’s favourite trumpet, the vuvuzela blown at football matches across the country, is getting a makeover in time for the 2010 Fifa World Cup, with a Cape Town business producing creative and colourful instruments from the kelp washed onto beaches.