06 Feb 2017
South Africa is implementing a sugar tax in April this year. Government and health authorities hope it will curb non-communicable diseases and obesity. Researchers...

18 Jul 2016
In his address for the 14th Nelson Mandela Annual Lecture, Bill Gates spoke under the broad theme of "living together". He touched on a... 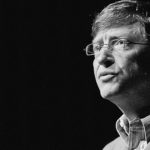 Since the inaugural Nelson Mandela Annual Lecture in 2003, speakers have been notable global leaders in their field – be it politics, human rights or economics. This year will be no different. Microsoft co-founder and global philanthropist Bill Gates will deliver the 14th annual lecture on the eve of Mandela Day. 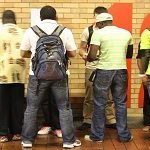 11 Nov 2015
The youth of Tshwane, with the help of the municipality and other public and private players, have rolled up their sleeves and are participating more meaningfully in the economy through the Tshepo10K employment skills project.

Nontsikelelo Qwelane forgets her aching knees when she takes up her chalk at the beginning of a school day. At age 94, after 73 years in front of a classroom, this lifelong teacher insists she is not tired. She remains devoted to her vocation, and her pupils. 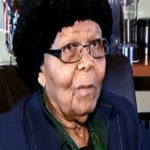 Nontsikelelo Qwelane forgets her aching knees when she takes up her chalk at the beginning of a school day. At age 92, after 73 years in front of a classroom, this lifelong teacher insists she is not tired; instead, she is still devoted to her vocation, and her pupils. 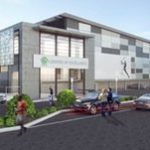 14 Mar 2014
Cricket South Africa launched a state-of-the-art Centre of Excellence at the University of Pretoria on Thursday as part of its drive to raise the level of cricket development in the country. CSA general manager Corrie van Zyl described the facility as "the equal of any other in the world". 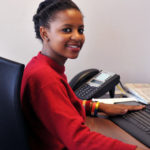 Lethu Dlamini, a 22 year old junior research analyst at Thebe Stockbroking, has taken part in a week long internship programme at the London office of the Jardine Lloyd Thompson, one of the world's largest insurers, thanks to assistance from travel agency Club Travel.

Among the many tributes to former president Nelson Mandela is a poster art project started by two South African designers. Instead of the 95 entries they hoped for, they got 700.
• Liliesleaf remembered 50 years on 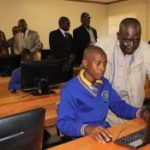 Various initiatives by South African National Parks have education of the youth in mind regarding conservation and the environment. Aligned to this is its corporate social investment thrust.
• Vultures need our help