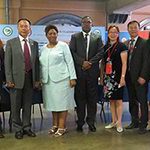 16 Mar 2016
A new planetarium has been opened at the Sci-Bono Discovery Centre in Joburg, part of an agreement between the Department of Basic Education and China. At the opening, the minister also gave an update on the progress of teaching Mandarin in South African schools. 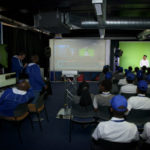 Students interested in a career in film and television need to visit the M-Net Magic in Motion Career Expo, being held in Joburg, Durban and Cape Town. They can learn about the various facets of the industry, right from concept to finished product.

Science education gets a boost

Sci-Bono, South Africa's largest science centre, is aiming to boost education in mathematics, science and technology by invoking the inherent curiosity of children, and teaching them new ideas and concepts while they play and interact with the many exhibits that it hosts.
• Denel helps maths, science pupils