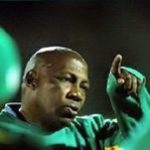 09 Apr 2015
There are no easy matches in international football anymore, Bafana Bafana coach Shakes Mashaba warned after Wednesday's draw for the 2017 Orange Cup of Nations. Here is the full draw for the tournament, which kicks off in June.

Football Fridays is back!

With the Afcon 2013 kick-off just hours away, South Africans are urged to show their support for Bafana Bafana by wearing their yellow football jerseys during the tournament.
• Bafana ready to boot out rivals

Bafana ready to boot out rivals

National football team Bafana Bafana received a personal visit and message of encouragement from President Jacob Zuma, and expressed their confidence ahead of the Orange Africa Cup of Nations, which starts at the weekend.
• Beautiful game open to women