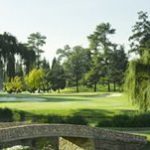 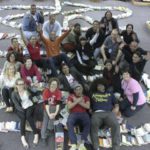 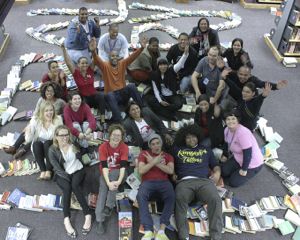 The record for the world's longest book domino chain was (unofficially) broken at Cape Town's Central Library recently when 2 568 painstakingly placed books were knocked over.

Cape Town's attempt breaks the current record of 2 131 books, which is held by Seattle Public Library in the US – although  confirmation is still to come from Guinness World Records, something which could take up to two months.

The record-breaking event was held as part of the build-up to the five-day Open Book Festival, which begins on Saturday. The festival showcases the best of South African as well as international writing, and features more than 140 local and international authors in more than 130 events.

Co-ordinated by Frankie Murrey, this year's festival includes a Comic Festival as well as a Youth Fest. In an interview with the Weekend Argus, Murrey said the vision of Open Book was to present “truly international festival” that attracts top writers and an audience from around the world, as well as being a showcase of the best of South African writing. It also aimed to make a sustainable contribution to the future by building a love of reading and books among the youth of Cape Town and to draw representative audiences to all Open Book events.

Members of the public who attend Open Book Festival events are encouraged to bring books or make a donation to the festival’s  Stocking a Library project, which is organised in partnership with Equal Education. This year an entire stocked library, including computers and the services of a librarian, will be donated to Westridge High School in Mitchells Plain.