18 Aug 2017
The world's authors - from biographers and journalists to friends and comrades - have found compelling stories to tell about a life lived with courage and conviction. Here's a selection of some of the best books about Nelson Rohlihlahla Mandela.

21 Jul 2016
Madiba, a Black Entertainment Television (BET) produced miniseries currently being filmed in South Africa, not only tells the life story of Nelson Mandela, but...

14 Jul 2016
Each step to summit Mount Kilimanjaro, no matter how slowly it is taken, will be for beneficiaries of Caring4Girls, says Melissa Rehbock. She is...

12 Jul 2016
Anne Frank was an inspiration to Nelson Mandela during his imprisonment on Robben Island. In celebration of Mandela Month, see this video where Mandela... 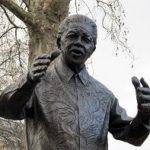 03 Feb 2016
Sonwabile Ndamase, the man behind the famous Madiba shirts worn by Nelson Mandela, is taking his style and knowledge to the streets, giving the young people of Eastern Cape the opportunity to learn all about fashion through his South African Fashion Designers Agency. 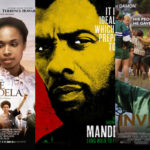 Over the years, many movies have been made about Nelson Mandela, the latest being the film adaptation of his autobiography Long Walk to Freedom. That outing starred British actor Idris Elba, who follows in the steps of several actors who have played Madiba, only one of whom was South African – Lindane Nkosi. 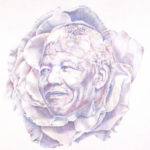 Nelson Mandela at the centre of a mandala, handing over the Rugby World Cup, as a rock – people are encouraged to use these and other artists' images as their profile pictures this month. 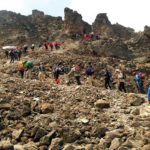 For the fourth year, Trek4Mandela will climb Mount Kilimanjaro, summiting the peak on 18 July, Madiba's birthday. The organisation is raising funds for the health and hygiene of rural and poor schoolgirls. 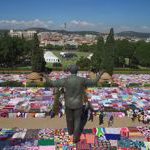 22 Apr 2015
A tapestry of colour surrounded the statue of Nelson Mandela in Pretoria on Tuesday when volunteers from 67 Blankets laid out more than 3 000 square metres of handmade blankets on the lawns of the Union Buildings to commemorate South Africa's 21 years of freedom.
123...11Page 1 of 11
Upcoming Events
Current Month