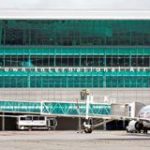 04 Apr 2014
British Airways opened a R19.8-million luxury lounge at Cape Town International Airport on Wednesday, a month ahead of the airline's increased schedule of flights to the city from seven to 10 a week.

Birds get right of way at airport

Durban’s King Shaka International Airport is set to welcome its first arrivals at the beginning of May 2010 and while taking care of its human passengers, airport management is also putting the safety of birds high on its priority list.
• New airport nears completion 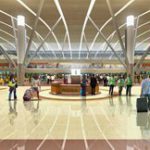 18 Feb 2010
Upgrades at Cape Town International Airport have edged closer to completion with the opening of the 3rd and 4th floor of a new parkade as well as the link between the international arrivals terminal and the new central terminal building. 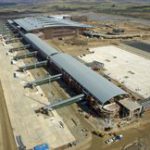 14 Oct 2009
While the R7-billion international airport at La Mercy, north of Durban, will be open well in time for the 2010 Fifa World Cup, Durban International will continue to operate in order to accommodate the surge in passengers arriving for the tournament. 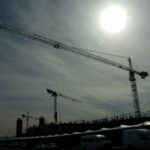 The 2010 Fifa World Cup is to inject an additional R21.3-billion (US$2.52-billion) into South Africa's GDP, according to new research, with some economists putting the figure even higher.