South Africa gave a stellar performance in this year's Rugby World Cup, despite experiencing a shocking start when they lost in their opening match against Japan. Overall, the Springboks secured a solid third place following their 24-13 bronze play-off win against Argentina. 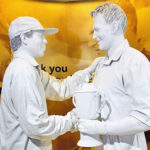 In a country that is passionate about sport, the Springbok Experience Rugby Museum displays the full story of rugby in South Africa. It opened in Cape Town on 24 September 2013 and has already been nominated for an international accolade. Visitors enjoy the high level of interaction offered within its walls.

As the kick-off to the Rugby World Cup in England draws closer, we look back at the highs and lows of South Africa's performances since it rejoined the sport internationally in 1992. Since then, the Springboks have won the tournament twice and hope to make it third time lucky this year. The Boks' first game in this World Cup is against Japan on 19 September in Brighton. 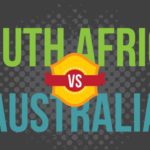 The fiercest rivalry whenever South Africa is on a sports field always comes from Australia. Both teams wear green and gold, and both teams are always out to beat each other. With Australia being the co-hosts for the upcoming Cricket World Cup, we look back at the history of this bloodthirsty rivalry in various sports.