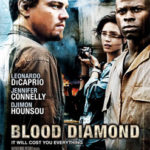 The South African government is to inject millions of rands into the country's film industry with two new schemes aimed at encouraging local filmmakers to produce big-budget movies, and foreign filmmakers to use the country's diverse and stunning locations.