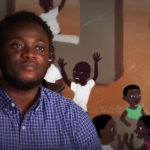 Children's rights activist Michel Chikwanine was kidnapped as a five-year-old and used as a child soldier in Democratic Republic of Congo. Now he has turned his story into a graphic novel. It is aimed at children from 10 years old and up. He wants to educate that age group about the issue. 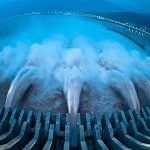 20 Oct 2015
Following a visit by President Zuma to Democratic Republic of Congo last week, a number of new economic partnerships between the two countries are in the works. They are aimed at strengthening South Africa's relationship with the rest of Africa over the next 10 years. 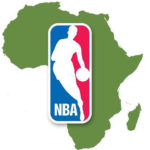 In a leap forward for basketball in South Africa and the continent, the NBA's first game in Africa will be played in August. The captains have been announced for the Team Africa versus Team World play off, with the African side led by Luol Deng. 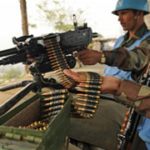 Cementing peace in the DRC

With the predominantly Tutsi rebel group M23 routed and vowing to disarm, attention is shifting to how to cement and extend peace across eastern Democratic Republic of Congo and ease the decades-long suffering and deprivation of millions of civilians.

13 Apr 2006
While the transformation in South Africa's relationship with the rest of the world since 1990 has been nothing short of remarkable, The Economist observes in a special survey of the country, President Thabo Mbeki has "added his own distinctive twist to this natural resurgence" with a foreign policy based on African solutions to African problems.
Upcoming Events
Current Month