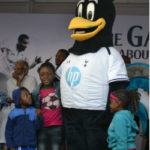 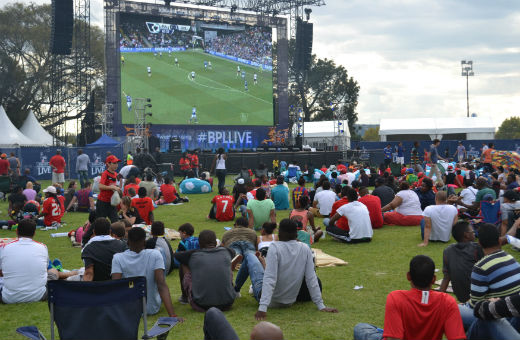 Soccer fans in Johannesburg got a treat over the weekend of 29 and 30 March when the Barclays English Premier League hosted its inaugural BPL Live Fan Park at the Zoo Lake Sports Club. Attendance exceeded organisers' expectations, with over 30 000 fans flocking to the free event.

Visitors were able to test their dribbling and shooting skills and see the Premier League trophy. Former Premier League players Marcel Desailly, Robbie Fowler, Lucas Radebe and Eric Tinkler gave coaching sessions at the Pitch Zone and provided pre- and post-match analysis live on stage. But the main attraction of the weekend was the jumbotron screen, the largest in South Africa, which broadcast live matches played over the weekend.

Mark Fish, the former Bafana Bafana defender also who played for Bolton Wanderers and Charlton Athletic in England, was impressed with how well fans responded to the event. "What the Premier League has done at this fan park is phenomenal. We said that there are over 10-million South African fans supporting the Barclays Premier League and they've come down in their numbers today."

Scott Young from the Cardiff City FC booth, said their "Quick Feet" game was popular with visitors. The game tests the reaction times of fans against those recorded by the club’s first team. "We've had thousands and thousands coming through and having a go, so it's been amazing and the people have been really friendly as well. We'd love to come back for another one – if our first team stay in the Premier League!"

Another popular challenge was at the Sunderland AFC booth, where participants had to try to stop and pass a ball while wearing a pair of beer goggles, which made normal coordination difficult. The club's head of international football development, Graham Robinson, gave training sessions for young and aspiring footballers at the Pitch Zone. "The coaches we handpicked from the Premier Skills initiative did us very proud and delivered some fantastic sessions at the Barclays Premier League Live event."

BPL Live will head to the United States next year in a bid to popularise football and the English Premier League there. In 2016, the event will move to Asia where the league has its biggest following, particularly in China, India, Singapore, Malaysia, Japan and Indonesia.

Click on the read more link below to view more pictures of this weekend's happenings.