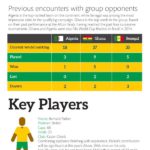 With South Africa at 14/1 favourites to win the 2015 Africa Cup of Nations in Equatorial Guinea, they certainly stand out as the wild cards of the event. They are placed in the tournament’s group of death, with Ghana, Senegal and Algeria having better odds of winning the tournament. We analyse Bafana Bafana and their chances of bringing home the cup. 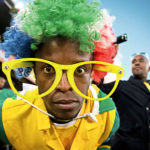 Bazooka, shibobo, tsamaya … As the continent comes together for the 2015 Africa Cup of Nations in Equatorial Guinea this month, we bring you an insider's guide to the unique lingo of South African football fans. 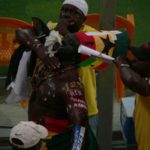 The Africa Cup of Nations begins in a few days, with Equatorial Guinea taking on Congo in the first match. Players are doing more than limbering up; they are also turning to their magic men for that charm that will bring them success. In Africa, superstition is more than just wearing your lucky underpants. 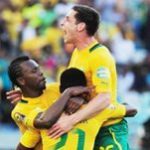 29 Apr 2014
Bafana Bafana have been drawn to face their nemesis Nigeria in qualification for the 2015 Africa Cup of Nations, to be hosted by Morocco. South Africa will also face Sudan as well as the winner of a four-way competition between Namibia, DR Congo (Brazzaville), Libya and Rwanda for the final place in Group A. 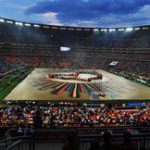 11 Feb 2013
The 2013 Africa Cup of Nations closed with a dazzling musical performance by African artists before Nigeria and Burkino Faso locked horns in front of a packed crowd of 85 000 at the National Stadium outside Soweto on Sunday. 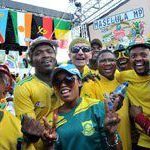 08 Feb 2013
The Confederation of African Football has given South Africa the thumbs-up for hosting a successful 2013 Africa Cup of Nations tournament. Afcon 2013 ends with a showdown between Nigeria and Burkina Faso at the National Stadium outside Soweto on Sunday. 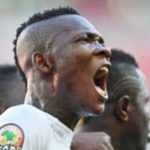 All set for Afcon semis showdowns

06 Feb 2013
Bafana Bafana may be out, but support for the 2013 Africa Cup of Nations remains strong. As they did in the 2010 Fifa World Cup, many South African football fans have shifted their support to one of the four remaining teams. Brad Morgan weighs up their chances going into the semi-finals. 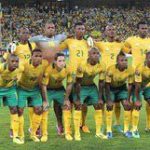 04 Feb 2013
Coach Gordon Igesund praised his charges following Saturday's loss in the 2013 Africa Cup of Nations quarterfinals, saying they had shown great courage and self-belief in getting so far in the tournament, adding that Bafana Bafana had now established a solid platform to build on. 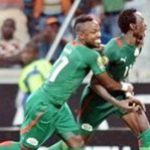 Africa’s number one out of Afcon 2013

04 Feb 2013
Africa's top-ranked team, Cote d'Ivoire, missed out on the semi-finals of the 2013 Africa Cup of Nations when they lost 2-1 to Nigeria in Rustenburg on Sunday. Burkina Faso completed the semi-final line-up with a 1-0 defeat of Togo after extra time in Nelspruit. 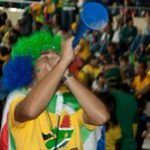 02 Feb 2013
After progressing to the quarterfinals of the 2013 Africa Cup of Nations top of their group, South Africa's resolve and talent was put to the test by Mali in Durban on Saturday evening. Bafana Bafana gave their all, but it wasn't quite enough as the Eagles advanced to the semi-finals.
1234Page 1 of 4
Upcoming Events
Current Month