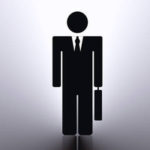 About 60 percent of the trade and industry department's budget will be spent on incentive schemes to stimulate economic growth, according to documents tabled by Finance Minister Pravin Gordhan with his budget on Wednesday.

The manufacturing sector would gain the most, receiving R3.5-billion of the total R5.4-billion set aside for incentive administration for 2012/2013.

This would be good news for qualifying local automotive manufacturers, as well as companies expanding production facilities and small-to-medium enterprises starting or expanding manufacturing operations.

The budget sets aside about R9-billion for trade and industry for the 2012/13 financial year.

This was up from R6.8-billion this year.

According to the 2012 Estimates of National Expenditure, R1.3-billion has been set aside for developing infrastructure to increase the export of value-added commodities.

This money would be pumped into South Africa's largest industrial development zone (IDZ) &mdash; Coega, near Port Elizabeth &mdash; as well as the IDZs in East London and Richard's Bay.

A total of R150-million had been allocated up till 2015 to upgrade the National Metrology Institute of SA.