In the newly launched magazine, The Vegan Life, numerous questions relating to the lifestyle are tastefully answered:

Those who follow a vegan diet exclude meat, poultry, eggs, dairy and other animal related products from their menus.

“The huge shift towards veganism is really interesting,” said Marianne Erasmus, publisher of The Vegan Life.

“It reflects a growing awareness of our impact on the world because the basis of veganism is not only about what is good for the individual, but also what is best for the planet.

“We support the decision to live ethically and the activism behind it, and are very proud to launch the first vegan magazine in South Africa.”

Thokozani Mashigo has been a vegan for just over a year, eating organic, plant-based food. “I adopted an alkaline-based diet which meant cutting out acid-based foods, of which animal-based foods are a part.”

But his decision has not been without its difficulties.

“Being a vegan,” he said, “especially a black vegan, posed many challenges for me, from explaining such a foreign concept to friends and family to finding suitable eateries that cater for vegans, to understanding the labelling on almost every single item of food I purchase.”

The magazine got his attention, he said, by the cover because of the “beautifully shot food and the layout of the magazine”.

“I immediately got the earthy, natural organic feeling that comes with being a vegan,” he said.

He enjoyed that the magazine contained an abundance of information. “I loved the answers to the many questions one asks oneself when embarking on such an unpopular diet choice.”

The list of vegan-friendly restaurants was also appreciated, as was the article about which supplements vegans could buy.

“This magazine has helped me to understand veganism even better, to plan my meals and the ingredients, and it has helped me from a nutrition point of view.”

Mashigo is also interested in trying out the dessert recipes.

Animal rights organisation People for the Ethical Treatment of Animals, or Peta, said 2016 would be #TheYearofVegan and it was that exactly, reads the magazine.

“In the UK, where veganism is widely regarded as one of the fastest-growing lifestyle trends, the number of vegans rose by more than 360% over the past 10 years.

“Here in South Africa, although we don’t have the exact statistics, veganism is clearly a path more and more people are choosing to take.” 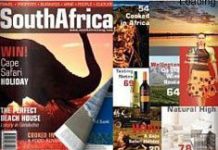 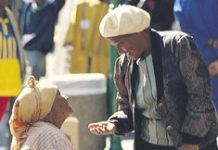