South Africa is implementing a strategy based on changing mindsets while promoting partnerships and social inclusion in order to tackle the root causes of gender-based violence, Social Development Minister Bathabile Dlamini told the 57th session of the UN Commission on the Status of Women in New York on Wednesday.

Minister Bathabile Dlamini, who is part of a South African delegation attending the two-week session, was speaking during a roundtable discussion on the importance of primary prevention of gender-based violence.

Dlamini noted that, despite UN member-country commitments to tackle such violence, it remained unacceptably high globally, with UN estimates showing that on average one in three women was beaten or raped during her lifetime.

Tackling the apartheid legacy of violence

Since 1994, Dlamini said, the South African government had put a number of administrative and legislative instruments in place to address the root causes of violence in general, and gender-based violence in particular.

One of these was the National Crime Prevention Strategy of 1996, which recognised that the causes of violence were deep-rooted, relating to South Africa’s history and socio-economic realities, and therefore could not be addressed through policy or legislation alone.

Dlamini said South Africa’s violent history of oppression and the struggle for liberation from apartheid had left the country with a “culture of violence”, in which violence was seen as a legitimate means of resolving social, political, community and even domestic conflicts.

“For this reason, the strategy advocates for primary prevention anchored on awareness and education, as well as mobilisation and participation of civil society in efforts to address this challenge,” Dlamini said.

“This is key if we are to transform the social norms and cultural practices that perpetuate violence.”

She added that the country’s preventive agenda was also anchored on promoting social inclusion, because poverty and inequality were major drivers of violence not only in South Africa, but also across the globe.

For this reason, the government had prioritised the provision of basic social services, including social grants and the expansion of educational opportunities, especially for vulnerable groups.

“Our prevention strategy is also characterised by the establishment of multi-sectoral partnerships, such as the recent establishment of the National Council on Gender-Based Violence and the high-level inter-ministerial committee on the causes of violence against women and children.”

She commended the work of South African civil society organisations such as Sonke Gender Justice Network, as well as government leaders, in initiating programmes on gender equality, masculinity and male involvement in prevention.

At the same time, the government was making concerted efforts to combat alcohol and substance abuse, both major contributors to violence.

“We have recently started with the National Youth Camp, with the hope that we may educate our youth on such matters as social responsibility, love for one’s country, human rights, and other intrinsic values that should make them more responsible citizens of our country and of the global community.”

Dlamini said she believed there was increased preparedness at both country and global level to act against violence towards women and children.

“Primary prevention must be at the core of this commitment and action, with an emphasis on educating and engaging the community to positively change norms, attitudes and behaviours that perpetuate violence.” 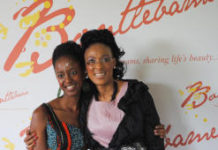 Giving a voice to victims of abuse