Zuma said the non-profit sector should remain an indispensable partner to government as it pursues the development agenda.

He also encouraged the organisations to have an open relationship with government so that they could call on it whenever they were faced with a problem in their communities.

“We have seen a significant growth in the sector since 1994 due to the enabling environment fostered by the democratic government. The Department of Social Development reports an increase of 14% per annum in the sector.

In recognition of the invaluable contribution of the NPO sector to South Africa’s economy and social well-being, Zuma said government enacted the NPOs Act in 1997 to create an enabling environment and align them with the Constitution.

“There are now about 100 000 organisations in the NPO sector and more than 85 000 are registered in terms of the NPO Act. It is the culture of transparency and respect for funders that the NPOs have opted to register and do everything above board … We acknowledge this sound management practice.”

Strengthening support of the NPO sector

Zuma urged NPOs to find out more about the work of the National Development Agency so that support to the sector can be strengthened.

He also encouraged them to make the National Development Plan Vision 2030 – which was handed over in Parliament on Wednesday – a reality.

“To make a long lasting success of the National Development Plan, we need the whole scale, constructive mobilisation of civil society and widespread backing and collective ownership of its goal.”

Held under the theme ‘Working Together to Fight Poverty, Unemployment and Inequality’, the summit will also assist in ensuring coordination and integration among all the stakeholders. 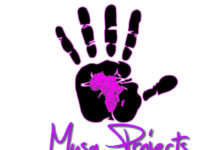 Getting people to help themselves