Poverty in a democratic South Africa declined significantly over the 18 years from 1993 to 2010, according to Prof Haroon Bhorat of the Development Policy Research Unit in the University of Cape Town.

In a research paper for the Africa Growth Initiative of the Brookings Institution, the American think tank, Bhorat and his colleagues, Ben Stanwix and Derek Yu, found that this held true for virtually all households, regardless of the gender or race of the household head, and whether it was in a rural or urban area.

The paper was released on 17 March, and is the 18th in the Africa Growth Initiative Working Paper Series. The series, according to Brookings, “covers a broad range of economic and development challenges facing Africa and provides high-quality, African-led research on solutions that promote the continent’s growth and prosperity”.

Bhorat’s paper examined the changing nature of non-income welfare in post- apartheid South Africa, adding to other studies on poverty, which have focused predominantly on changes in income welfare as the most important marker of economic progress.

“Our paper is also an extension of the few studies that focus on non-income welfare, which have generally not addressed the role of private assets in the welfare calculation. We include public and private assets as well as educational attainment in our [principal components analysis] approach to derive a non-income welfare index,” the researchers wrote in the conclusion to their paper.

The results were encouraging, the researchers said, although they pointed out that the socio-economic situation at the end of apartheid must be kept in mind. At the time, the majority of the non-white population lived in extreme poverty, in both income and non-income terms. “The substantial progress that we observe has built on an exceptionally low base of initial non-income welfare, and the levels of poverty in South Africa, however one chooses to measure them, remain high.”

A number of wide-ranging economic reforms were introduced in democratic South Africa aimed at macroeconomic stability, economic growth, job creation and poverty reduction. Provision of free basic services to previously disadvantaged people, such as water, electricity, sanitation and housing was a key policy objective, and socio- economic rights such as housing, water and education were included in the Constitution.

Most studies into the changes in the welfare of South Africans since 1994 have looked at the private returns to economic growth, with the main focus on income- or expenditure-based measures of well-being.

“Studies focused on these money-metric measures find that income poverty worsened over the period between South Africa’s transition to democracy until about 2000 and 2001, and that since then a continuous but slow downward trend has been observed,” said Bhorat.

Very few studies had examined well-being in terms of access to assets and services, yet this was an important component in understanding the extent to which economic growth in South Africa had been inclusive, or pro-poor.

The World Bank defines poverty as pronounced deprivation in well-being. It comprises many dimensions, including low incomes and the inability to acquire the basic goods and services necessary for survival with dignity. Poverty also encompasses low levels of health and education, poor access to clean water and sanitation, inadequate physical security, lack of voice, and insufficient capacity and opportunity to better one’s life.

Economic aspects of poverty focus on material needs, typically including the necessities of daily living, such as food, clothing, shelter, or safe drinking water. Poverty in this sense is a condition in which a person or community is lacking in the basic needs for a minimum standard of well-being and life, particularly as a result of a persistent lack of income.

“While the existing literature reveals increased delivery of basic services by the government since 1994, there has been a fairly narrow focus on so-called public assets, such as the state’s provision of housing, water and electricity,” Bhorat and his colleagues wrote in their paper.

“Most studies exclude information on private assets, such as whether a household has a stove, a refrigerator, a television set, a vehicle and so on. We believe that these are relevant indicators of economic welfare. In addition, most of the studies. do not address the contribution that increased access to education makes to overall well-being.”

Using information on public and private assets, as well as on education, they created a welfare measure to investigate shifts in non-income poverty between 1993 and 2010. 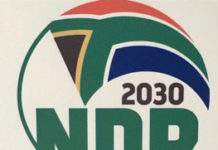