Much has been done to ensure that the Constitutional right of every South African citizen to clean water is becoming a reality.

According to the Constitution of South Africa every person has the right to clean water. The Department of Water Affairs and Forestry’s Community Water Supply and Sanitation Programme (CWSS) was established in 1994 to achieve this.

Since then about 6,5 million people have been given a basic water supply. By mid-2002 27 million people had access to clean water. A policy giving poor families 6 000 litres of free water every month was implemented in late 2000.

According to a survey conducted by the department, 51 percent of the country’s population live in areas where municipalities are now offering a basic amount of free water every month.

In early 2002 the Water, Sanitation and Hygiene campaign (WASH), a global health programme, was initiated to highlight the importance of washing hands after toilet use in reducing disease. In the 2001 financial year the department spent R120-million constructing 50 000 pit latrines and will continue to do so until all people have access to basic sanitation within 10 to 15 years. 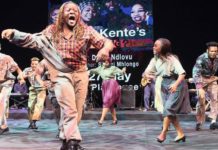 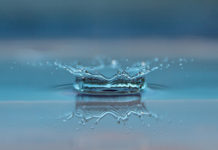