The R98-million Brickfields project in Newtown, Johannesburg – the largest ever public-private housing partnership in South Africa – was officially launched by President Thabo Mbeki on Friday 12 August.

Brickfields, an initiative overseen by the Johannesburg Housing Company, offers 650 one- to three-bedroom flats catering for a range of income groups. The development will also provide retail facilities for occupants.

The project is one of the first Presidential Job Summit pilot projects, announced by the minister of housing in 2001.

“When we came out of the Presidential Job Summit we said there should be housing and security for people. We are very excited about today’s launch,” Mbeki said.

“We need to have more of these initiatives so that we ensure that people have better houses and their lives are improved. We hope that Brickfields will inspire more public-private partnerships.”

Swift transformation
Situated at the foot of the Mandela Bridge, the new Brickfields buildings grace the Newtown skyline, a distinct reminder of the swift transformation of this once dilapidated area into a vibrant cultural and tourism centre.

The residential units are expected to have a social impact on the area, and creches are being planned to cater for children living in the complex. Support services such as information technology rooms will also be provided.

The project is a joint venture between the Gauteng government and the private sector, and is the first such residential development in the inner city of Johannesburg in 30 years.

Funding for the first and second phase of the project came from an initial investment of R35-million by the Gauteng Housing Department and the Gauteng Partnership Fund. The National Housing Finance Corporation injected R25-million into the development, while the City of Johannesburg provided land.

The private sector came to the party with R70-million combined from Anglo American, Absa and AngloGold.

From Brickfields to Newtown
Historically, Newtown has always been a multicultural and multiracial area, a settlement that served the nearby emerging mining village. It grew up in the later part of the 19th century and became known as Brickfields because the local clays along the Fordsburg Spruit were used to make bricks in the early days.

By 1890 Brickfields was a full-blown shantytown where residents and their families found shelter alongside immigrants from Europe and elsewhere, including Chinese, Cape Malays, Indians and local Africans.

In an attempt to destroy the settlement, Brickfields was razed to the ground, acquired by the local council and renamed Newtown.

This site was later used for the construction of the city’s abattoir, then bought by the Post Office. Development never occurred and it was left empty for many years. The new Brickfields development has rising from this vacant site in Newtown to form a new, multicultural residential development.

‘Newtown rocks’
The first 300 tenants moved into the block on 1 July.

“I’m excited to be a tenant here at Brickfields,” says Thabiso Phinda. “The night life in Newtown rocks. I’ll also be able to walk to work and to the Johannesburg University.”

According to Dombolo Masilela of the Johannesburg Housing Company, Brickfields is a key part of the rejuvenation of downtown Johannesburg.

“The influx of residents into Newtown will breathe new life into the inner city,” Masilela says, “and will contribute to this area growing into a major shopping, entertainment, business, retail and residential hub.”

The company, established in 1995, has so far invested R112-million in 1 756 housing units in the inner city, R22-million of that in the form of direct housing subsidies. In doing so it has added 5% to the city’s housing stock.

Enoch Shishenge, an artist and another Brickfields resident, says that now he is living in Newtown he will meet fellow artists more often.

“Newtown is the place to be. I know what people talk about when they talk about Newtown. This is also going to be a wonderful experience because of the different cultures here at Brickfields.”

Land clearing for the second phase of the development has already started, and work on the top structures is expected to start as soon as funding is available. The second phase will see a further 350 to 400 housing units being built at a cost of about R100-million. 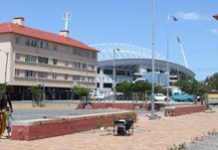 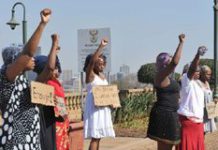 Women’s Month gets under way 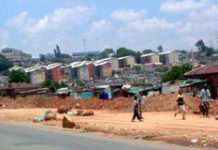 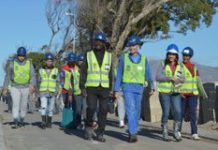