South Africans are being urged to open their doors to fieldworkers – more than 10 000 of them – going into communities to gather information from 1.3-million households for Statistics South Africa’s 2016 Community Survey, an essential tool in service delivery.

From 7 March to 22 April the fieldworkers will gather data on the number of people in South Africa, where they live, their standard of living, and more.

The survey was launched on Monday 29 February with a call to citizens to show their support: “Open up your doors and allow the team to come in. South Africa counts because you count.’

The launch was held in Mamelodi East near Pretoria, at the Ikageng Community Hall, one of 330 venues around the country where the fieldworkers are being trained.

The Community Survey is Stats SA’s second-largest information-gathering exercise after the national census. Last held in 2007, the survey’s main objective is to provide demographic and socioeconomic data at municipal level, to improve government planning.

The basic information it gathers includes people’s level of education, the dwellings they live in, statistics on income and ownership of household goods, access to electricity and piped water, and types of toilets. Data is also collected on fertility, cause of death, migration, home ownership and much more.

This year, digital technology will boost the efficiency and size of the survey. Instead of filling out households’ information on paper, fieldworkers will be able to capture it on electronic devices. This “computer-assisted paper interview’, or Capi, method will allow over a million dwellings to be surveyed, up from 300 000 in 2007. And it cuts the cost per dwelling from R2 000 to R200 – a tenfold decrease.

Inbuilt controls in the electronic questionnaire will also improve the quality of the data collected. Geographic navigation capabilities will ensure that fieldworkers gather information from the right areas, as selected for the survey.

The technology will also speed up the release of the survey results. Census 2011 results were only available a year after the raw data was collected. The 2016 Community Survey results will be released by the end of June – two months after all the households have been surveyed.

The speedy delivery of the results will be especially useful for the upcoming municipal elections, to be held countrywide later this year. The survey will give voters objective data on what services have been delivered to what areas, as well as what yet remains to be done.

“The citizenry will be able to make decisions based on this enormously helpful body of evidence,’ Stats SA Africa said in a statement. “But more importantly they will know what they as citizens have to do in order to change their lives.’

Up-to-date information will also allow municipal officials to plan properly, helping to deepen democracy at the local level. Municipalities will be required to deliver to constituencies that can hold them to account because of the almost instantaneous availability of new data.

“Statistics should be embraced as a fundamental part of our democracy, a conduit of trust among citizens, among nations,’ Stats SA said. “Statistics can help to improve the quality of democratic debate by providing reliable indicators, vital for decision-making.’ 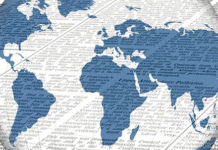 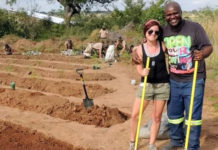 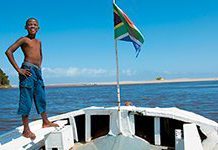 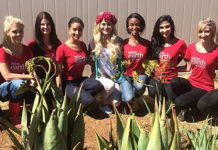