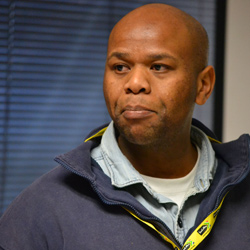 Political economist Siya Biniza emphasises the need for big business to act as mentors for young entrepreneurs.
Political economist Siya Biniza believes South Africa’s youth possess great ideas that, with enough entrepreneurial verve, can be turned into thriving businesses. However, the only thing preventing them from chasing their dreams is the lack of support from big business.

Biniza, chief financial officer at Rethink Africa, a youth-led non-profit company that looks for alternative solutions to the continent’s economic challenges, said young entrepreneurs without prior business experience are not easily supported because funders are afraid of taking risks on them.

Another factor impeding the growth of young businesspeople is intellectual property. Biniza said old entrants’ ideas are readily patented whereas new and young entrants are hardly considered because of the amount of money backers are risking. This occurs even though most business people know that one of the drivers of economic growth is innovation, he added. 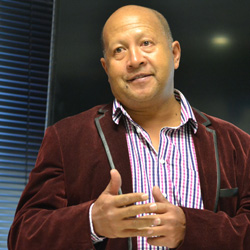 Fedusa secretary-general Dennis George says that if youth become active citizens, South Africa’s global competitiveness can be boosted. Despite Trevor Manuel’s efforts in getting youth involved with the National Development Plan (NDP), Biniza believes young men and women have not engaged with it as much as they could. “The youth need to take control of the NDP and make it ours by making leaders accountable.”

According to the 2014 World Competitiveness Yearbook published by Switzerland’s Institute of Management Development, South Africa’s competitiveness rose slightly in the last year, an indication that its productivity has increased. Its ranking improved from 53rd in 2013 to 52nd this year based on its economic growth.

Despite increasing productivity, George said the number of jobs that have been lost in recent years has not been made up.

Biniza said successful entrepreneurs gain experience through making mistakes and learning from them. However, he said experience can hold young entrepreneurs back. “In as much as experience is important, it also inhibits creativity because the more you repeat a task, the more you get used to certain ways of doing things.”

The advantage young people have, he added, is they are not “set in a way of conducting business” and have room to be creative; “We do whatever creative thing comes first.”

But, he argued, entrepreneurs cannot be innovating all the time; there has to be a point where an idea becomes sustainable. This is when young entrepreneurs need experienced business people and even large corporations to be supportive.

“If we are going to start talking about South Africa in 2030, it’s got to be about young people. It does not mean we are cutting big business out. Big business is very important in creating the development capacity of young entrepreneurs through their mentorship and making sure they procure from young businesses.”

Biniza said big businesses may generate the most income, but they only employ 10% of the country’s population. Small- to medium-sized businesses, he said, are the backbone of the country’s economy, employing up to 90% of South Africans. In such a situation, small businesses need to access corporate funds for a cooperative form of monetary redistribution to occur.

“We can measure the impact of the money you are sending off to smaller businesses,” said Biniza. “And this money can earn you returns if you create infrastructure such as social impact bonds, seed funding and venture capital frameworks. It’s about tapping into that money and having a collaborative approach to redistribution.”