South Africa’s national Women’s Month, which got under way on Thursday, will see the launch of a new women’s housing project, a new mobile application for pregnant women, and the start of construction on a centre of remembrance for Sara Baartman.

Speaking to journalists in Pretoria on Thursday, Minister in the Presidency responsible for Women Susan Shabangu said women from across the continent and the Diaspora would come together this month to launch the Pan African Women’s Organisation.

On Monday, she said, the Department of Human Settlements will launch its annual Women’s Build Project, which will see the building of almost 2 000 houses in each province.

And on 21 August, the Department of Health will launch a mobile phone based application called MomConnect, which will register pregnant women across the country in order to assist them through pregnancy and child birth.

Arts and Culture Minister Nathi Mthethwa, also addressing journalists on Thursday, announced that a centre of remembrance for Sara Baartman – a Khoi woman who was displayed as a sideshow attraction in 19th century Europe under the name “Hottentot Venus” – would be built in the Eastern Cape.

Mthethwa said the story of South Africa’s liberation could be told without sharing the story of people like Sarah Baartman. “People must know them as they know other leaders of women, who contributed much earlier than the 1950s,” he said.

On 9 August, national Women’s Day, President Jacob Zuma will deliver a keynote address during the main national celebration in KwaZulu-Natal, where various South African artists will feature on a cultural programme honouring the resilience of women.

Shabangu said that August was a special month for South African men and women alike. “On 9 August, we remember and celebrate the resilience and vanguard of our women in fighting institutional racism and apartheid oppression,” she said.

“This is not an ordinary public holiday – this is a day that has its roots in the committed and principled political activism of women who defied their personal circumstances to take up their rightful place in the struggle for freedom.” 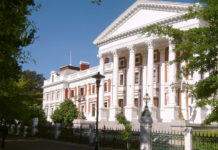