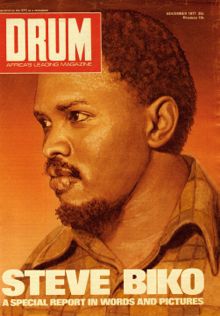 Yesterday, the United States remembered a turning point in its history – aeroplanes flying into its Twin Towers. Today, South Africa remembers its own sad history – the murder of Steve Bantu Biko.

Biko was beaten to death by apartheid police while in custody, on 12 September 1977. He was just 30 years old. Had he lived, he would have been 66 now, an elder statesman, a father, an academic, a much-revered revolutionary, or just a man. We will never know, because the world was never given the chance to see him reach his potential.

That he was killed is a crime: a simple murder of a family man, an instance of police brutality. Yet it also reverberates on a greater scale. His murder was a crime against humanity. The police did more than just kill a man they viewed as a thorn in their side. They killed a dream, too.