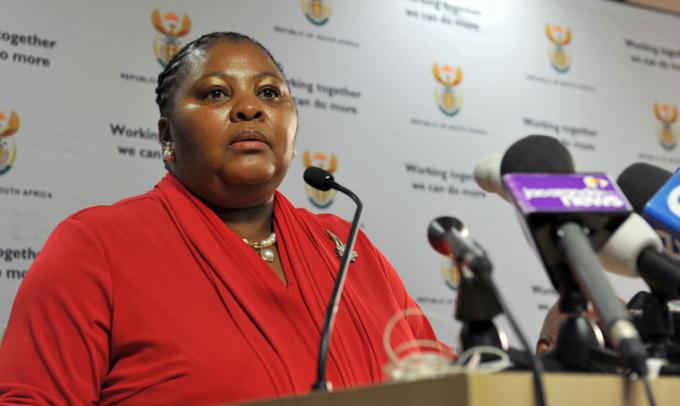 Minister of Defence and Military Veterans, Nosiviwe Mapisa-Nqakula, urges South Africans to be vigilant this festive season to prevent crime and ensure our safety. (Image: GCIS)

Letter from Nosiviwe Mapisa-Nqakula, Minister of Defence and Military Veterans and Chairperson of the Justice, Crime Prevention and Security Cluster

The festive season is almost upon us again. We feel free; excited because it’s a perfect season for relaxation and spending quality time with loved ones. However, we tend to be less attentive to our security and safety wellbeing.

While we prepare to unwind from a busy year, behind the scenes criminals are also waiting with great expectation for the most opportune time to pounce when we least expect. They usually use this period to prey on unsuspecting law-abiding citizens and businesses throughout the country.

While criminal elements in respective communities are few and far between, our complacent attitude during this period perpetuates crime. Until we adopt a zero tolerance toward crime, we will be forced to accept that the fight against crime requires the help and support of every South African.

Looking away will not solve crime, but unity behind concerted efforts will reduce it. We all have a role to play in crime.

It is imperative for everyone to rally behind our men and women in uniform and crime-fighting initiatives. We have to become the eyes and ears of the South African Police Service and persistently expose any suspicious activities in our communities.

The government is pulling out all the stops to reduce crime and ensure that all South Africans are safe throughout the year, but particularly during the festive season when crime is at its peak.

Operation Duty Calls will be supported and jointly carried out by SAPS, Department of Defence, Home Affairs, and Justice and Correctional Services. Furthermore, it will clamp down on drug abuse, cash-in-transit heists and ATM bombings.

National Police Commissioner General Riah Phiyega, speaking at the launch of the campaign, said: “We are also concentrating our efforts around all aggravated robberies, the proliferation of firearms, second hand goods, tracing and arresting of wanted suspects as well as road safety and border security. There has been much planning around these categories and I am convinced that the execution thereof will be an overwhelmingly successful one throughout the country.”

The campaign, which will run until the end of January 2015, will also raise awareness around child safety by focusing on how South Africans can ensure the safety of their children over this holiday period.

The campaign will not only focus on urban areas, but will be extended to rural communities where stock theft is rife. Undoubtedly, the high visibility patrols along main tourist destinations will serve as an effective deterrent as the government is confident the pro-active approach will ensures safety of all.

Our dedicated men and women in blue are committed to ensuring we achieve this objective. However, for this campaign to succeed, we require every South African to be part of this initiative. Our pro-active actions can go a long way in preventing senseless criminal acts in our communities.

It is incumbent on every South African who has information about crime or suspicious criminal activity to promptly report such incidents to the police or inform the relevant law force.

While we appeal to community members to work with the law enforcement authorities in identifying and finding the perpetrators, we also urge them not to take the matters into their own hands. Law enforcement officials are well prepared and capable to deal with incidents of crime and can guarantee that suspects will face the full might of the law.

We are mindful of the fact that there is a long road ahead in realising a totally crime-free South Africa in which all our people feel free safe and protected. In meeting our obligation to society we are guided by Vision 2030 as set out in the National Development Plan (NDP) to build safer communities and a just society.

The NDP paints a picture of a country where everyone feels safe at home, at school and at work and enjoys a community life free of fear.

The government will continue to work with communities, NGOs and business to dealing with crime to ensure that the priorities as envisioned in the NDP are realised. Let us join hands during this festive season and beyond to ensure that our communities are safe and secure.