People from more than 100 countries have already signed up to participate in the Tutu Global Forgiveness Challenge, a free online 30-day programme designed to teach the world how to forgive, Desmond Tutu and his daughter Mpho announced in a statement last week.

The 30-day programme, designed by the veteran human rights activist and emeritus Archbishop of Cape Town together with his daughter Mpho, will go live on 4 May. It is based on a “process of forgiving” that the Tutus present in their recently published book, The Book of Forgiving: The Fourfold Path for Healing Ourselves and Healing Our World.

The challenge will includes daily inspirational emails as well as access to an online forgiveness community. They will be guided through practical exercises on how to forgive, have opportunities to join discussions and share their own stories, HarperCollins, the Tutu’s publisher, said.

During the challenge there will be resources such as films, music and exclusive interviews with forgiveness heroes, experts, cultural icons and leaders. All participants will be encouraged to participate in an optional study designed to measure the impact of forgiveness in people’s lives.

Tutu, who won a Nobel Peace Prize for his leading role in ending apartheid, chaired the Truth and Reconciliation Commission, which created a way for South Africans to address the overwhelming suffering and grief that were the legacy of over four decades of racial oppression.

Since then he has taken his deeply human approach to resolving conflict to many other countries, including Northern Ireland and Rwanda.

“Forgiving is a choice. A choice I have seen profoundly transform lives time and again,” says Archbishop Tutu. “As Nelson Mandela said when he walked free after 27 years of prison, ‘I knew if I didn’t leave my bitterness and hatred behind, I’d still be in prison’. Mpho and I share a vision to bring the transformative power of forgiveness to people everywhere and to see it spread through families, communities, countries and our whole world.”

Mpho, who is an Anglican minister, has helped rape victims and refugees displaced by war and is currently completing a PhD on the topic of forgiveness.

“Our culture glorifies the seductive but ultimately empty feeling of power that comes with an act of revenge or a harsh rebuke,” says Mpho. “The Forgiveness Challenge is a corrective to these cultural forces. It provides training to strengthen our forgiveness muscles. Every time we are hurt we stand at a crossroads with two clear paths to deal with our pain – forgive and heal; or lash out and harm.”

The programme has received wide support, including from English businessman and philanthropist Sir Richard Branson, musician Alanis Morissette and Arianne Huffington, the founder of Huffington Post.

“Forgiveness is not something we do for others, we do it for ourselves and this then impacts all those around us. That is why forgiveness is our greatest gift and only hope,” said Archbishop Tutu. “I am delighted that people all around the globe are signing up for the Forgiveness Challenge. Together I know we can change the world.” 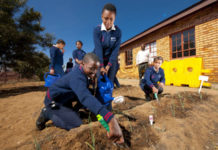 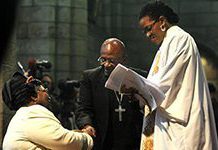 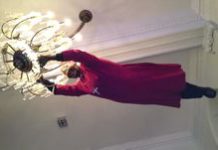 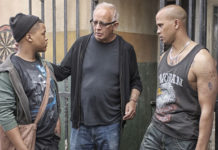